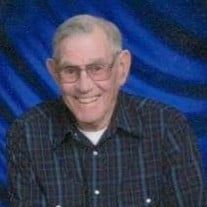 Vernon Albin Pederson, age 82, passed away on August 7, 2016 at Columbia Crest Care Center in Moses Lake. Vernon was born on November 30, 1933 in Portland, OR. He graduated from Moses Lake High School in 1952. Soon after, he was one of the first employees to begin working at Moses Lake’s first major industry; the U&I Sugar Company. He worked there for 26 years with Mike until the plant closed in 1979. It was also during this time he accepted a position in the Masonry Apprenticeship Program, where he laid brick during the evenings and weekends. He continued to work in the masonry field for over 40 years; retiring in 1991. As a young boy, Vern discovered his deep passion for animals; often rescuing and rehabilitating strays. As a teenager, Vern continued his love of animals by being actively involved in the 4H program and Future Farmers of America (FFA). He was also a heavy competitor in sports to include football and cross country skiing. He was the class president for all four years of high school. As an adult, he was a very active man who was deeply involved in numerous activities to include raising, breeding, and competing bird dogs with his prized Tennessee Walking horse named Callie. He has been a proud member of the Masonic Lodge, no. 1724 since 1985. In his later years, Vern enjoyed working in his yard and garden. His friends and family benefited from his green thumb; he always had abundant yields to share, especially tomatoes! Vern was a devoted family man and a loving father. He married Marlys Hagen in 1955 and the couple had 3 children together. He then married Patricia (Beard-Schafer) Pederson on January 3, 1981. Vernon is survived by his wife Patricia of 35 years; his daughter and son-in-law Pamela and Leroy Short, of Albany, OR and granddaughters Heather and Alisha, his daughter Janelle Phillips of Salmon, ID and grandchildren Corey, Craig, Christopher, and Chelsea, and his son Kevin Pederson, of Tacoma, WA and children Sarah, Michelle, and Timothy; step-son, Craig Schafer. Vern is also the proud great grandfather of 13 great grandchildren. He is preceded in death by his parents, Albin and Margaret Pederson, of Moses Lake, WA, his sister Beverlee Wyrick of Post Falls, ID, and his son-in-law, Clyde Phillips, of Salmon, ID. Vern’s family and friends will always remember him as an incredibly strong-willed, hard-working, and loving person who never failed to make you smile. Vern was known for his willingness to help those in need. He attended the United Methodist Church where he developed a strong relationship with his Savior, Jesus Christ. It was also there that he created life-long friendships, read the scriptures on Sunday mornings, and joined in fellowship. A memorial service will be held for Vern "Pete" Pederson on August 26, 2016 at 2 o’clock at the Moses Lake United Methodist Church with a reception to follow. All are welcome to attend and celebrate Vern’s life. The family sincerely thanks the staff at Columbia Crest Nursing Home for their compassion and excellent care of Vern. Flowers and contributions can be sent to the Moses Lake United Methodist Church,Building Fund (746 S Ironwood Dr, Moses Lake, WA 98837). Please sign the online guestbook at www.kayserschapel.com Arrangements are in care of Kayser's Chapel & Crematory.

Vernon Albin Pederson, age 82, passed away on August 7, 2016 at Columbia Crest Care Center in Moses Lake. Vernon was born on November 30, 1933 in Portland, OR. He graduated from Moses Lake High School in 1952. Soon after, he was one of the... View Obituary & Service Information

The family of Vernon "Pete" Pederson created this Life Tributes page to make it easy to share your memories.