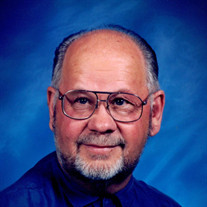 It is with great sadness the family of Thomas “Tom” Leo Stevenson of Moses Lake WA, announce he passed away peacefully in his home on August 19th 2020, at the age of 84. He was surrounded by his loving family. He was one of nine children born to George H. and Elizabeth M. Stevenson in Concordia Kansas. They moved to Republican City, NE in 1948 before making their way west to settle in Warden, WA in 1952. Tom married Kathryn J. Griggs in 1964 and moved to Moses Lake to raise their family. They had 5 children and 4 step children: Randy, Mary, George, Danny, Janet, Nancy, Carol, Bob, and David. He, like his father, was dedicated to his life’s work as a surveyor inspector with the Bureau of Reclamation. He worked on and expanded the Columbia Basin Project, the largest water reclamation project in the United States, bringing power and water to the Columbia Basin. He retired in 1994 after 35 years. Tom was a kind, loving, and gentle man who was generous with his time and always willing to help others in need. He was patient and took the time to teach his many skills and share his talents with his children and grandchildren in his own quiet, wise way. He enjoyed many hobbies and interests including family gatherings, woodworking, gardening, traveling, water skiing, hunting, fishing, camping, putting puzzles together, huckleberry picking, golfing, bowling, and watching sports. Most of all, he loved being a dad and grandpa. He was SPECIAL to all who crossed his path. Tom married Diane Greenup in 1994. They enjoyed many winters traveling to Yuma, AZ. Their adventures took them to places like Alaska with his sister and brother-in-law, Branson, Arizona, New Mexico, and countless places in between to see the sights, and visit family and friends. They were dedicated in their faith with the Catholic Church. He will be lovingly remembered by his wife, Diane Stevenson, her children Debbie, Joey, and Dawn, his 9 children, 31 grandchildren, 26 great grandchildren, a great, great grandson, his sisters Mary Rose Miller and Joan (Mike) Seubert, and numerous nieces and nephews. He was preceded in death by his parents, his wife Kathryn, siblings, Barbara Walters, Dee Baynes, Margaret Smith, George “Mick” Stevenson, John “Jack” Stevenson, and Charles “Chuck” Stevenson. Due to current restrictions on seating space, a small mass will be held for family at “Our Lady of Fatima” in Moses Lake. A live stream video will be available for public attendance on his “Tom Stevenson’s Memorial Service” FB page. The family would like to thank the staff at Assured Hospice, Moses Lake, for the compassionate and supportive care they provided to make it possible to care for him at home. Donations may be made in his honor. Tom was a lifelong member of the Catholic Church. Memorials may be made to “Our Lady of Fatima” in his honor. In leu of flowers, the family requests outdoor plants to provide a lasting memorial in his garden.

It is with great sadness the family of Thomas &#8220;Tom&#8221; Leo Stevenson of Moses Lake WA, announce he passed away peacefully in his home on August 19th 2020, at the age of 84. He was surrounded by his loving family. He was one of nine... View Obituary & Service Information

The family of Thomas Leo Stevenson created this Life Tributes page to make it easy to share your memories.

It is with great sadness the family of Thomas “Tom” Leo Stevenson...