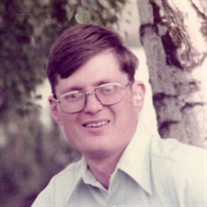 Stephen N Lybbert, a longtime Moses Lake resident, passed away on the evening of November 30, 2021 at Samaritan Hospital. He was 69 years old. He was born on December 27, 1951, the fourth of five boys, to Glenn and Onnie Lybbert in Moses Lake, Washington. Having faced the challenge of hearing impairment from birth, he spent his early years commuting to Portland, Oregon to attend a deaf school, staying with his aunt and uncle, Bernice and Wayne Simmons. In 1960 his father Glenn was called to serve a church building mission in the Netherlands for the Church of Jesus Christ of Latter-Day Saints. Stephen attended special schools there for the deaf and even learned to speak Dutch. They were reassigned to Alberta, Canada in 1963. After the mission, the family moved to Ogden, Utah, where Stephen could attend school at Utah School for the Deaf and Blind. He completed his high school education between classes there and at Ben Lomond High School in Ogden, Utah. From a young age, Stephen’s mother sought schooling that would help him learn to speak and communicate in the hearing world. From 1972 to 1974, he served a mission for the Church of Jesus Christ of Latter-Day Saints in British Columbia, Canada. His parents often bragged about how he was the first Deaf missionary to serve in a hearing mission. Stephen loved his mission in Canada and maintained a love for maple syrup throughout his life. While attending trade school in Orem, Utah, Stephen met Lorie Tanner, a fellow alumnus of Utah School for the Deaf and Blind. They married in June of 1978 and moved to Moses Lake to be close to his family. There he started his career as an electrician. They raised three boys, owned two homes and served faithfully in their church. Among the things Stephen loved were photography, mystery novels, movies, football, coin collecting, and most of all, trains. He often reminisced about the steam engines he saw as a young boy in Holland. He collected model trains, movies about trains and other train memorabilia. Later in his life he enjoyed traveling in his pickup to railroad yards and other places to spot locomotives. Stephen is preceded in death by his parents, Glenn and Onnie Lybbert, and his brother, Robert Lybbert. He is survived by his wife, Lorie Lybbert, son Josiah (Alisha) Lybbert of West Jordan, Utah, son Daniel Lybbert of Spokane, Washington, son Samson (Kasey) Lybbert of Tucson, Arizona, brother Glade (Carlene) Lybbert of Moses Lake, Washington, brother Tony (Regina) Lybbert of Vienna, Austria, brother Craig (Lorraine) Lybbert of Provo, Utah and five grandsons. Funeral Services will be held on Thursday, December 9, 2021 at 11:00 a.m. at The Church of Jesus Christ of Latter-day saints, 925 North Grape, Moses Lake, WA. There will be a viewing one hour prior to the service, at 10:00 a.m.

Stephen N Lybbert, a longtime Moses Lake resident, passed away on the evening of November 30, 2021 at Samaritan Hospital. He was 69 years old. He was born on December 27, 1951, the fourth of five boys, to Glenn and Onnie Lybbert in Moses... View Obituary & Service Information

The family of Stephen N Lybbert created this Life Tributes page to make it easy to share your memories.