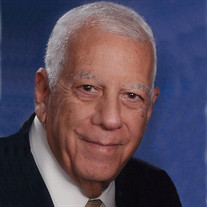 Souly Atalla Farag, 80, a resident of Moses Lake, passed away Thursday, June 22, 2017 at home, surrounded by family. The viewing will be held from 4 to 7 p.m., Thursday, June 29, 2017 at Kayser’s Chapel. Funeral services will be held at 2 p.m., Friday, June 30, 2017 at the Moses Lake Presbyterian Church, 1142 W. Ivy. Interment will follow at Guarding Angels Cemetery, 2595 Road L. NE, Moses Lake. Please sign the online guestbook or leave a note for the family at www.kayserschapel.com. Arrangements are in care of Kayser’s Chapel & Crematory. Souly Atalla Farag was born in Egypt on January 8, 1937. He earned a Bachelor of Science in Chemistry in 1957 and a Masters in Psychology in 1962. Souly taught Chemistry and Physics for eleven years, then immigrated to the United States in 1968. After working in Moses Lake for a couple of years, he returned to Egypt and was introduced to Vivian by a mutual friend. They were married in Egypt in August of 1971 and then made their home in Moses Lake. Souly worked as a research chemist for U & I Sugar, a Quality Control Manager for Witco (Celite) Corporation and authored two patents prior to his retirement in 1998. During his retirement, he enjoyed many travel adventures with his family. In addition to his professional career, he managed the family restaurant and had a passion for real estate. Through tenacity, sacrifice, and grit, he and Vivian made their way as first generation immigrants, not only providing monetarily for their family, but modeling a strong work ethic and a love for God and people. The lessons he taught his family and others are described in the autobiography Souly authored in 2014. Souly is survived by his wife, Vivian; daughter, Sonia Harold and her husband Steve; sons, Sharif, Ramez and his wife Heather, and Tony; grandchildren Kylene and Brandon Harold, Hunter and Rihana Farag. He is also survived by sisters Minerva Mina, Nargis Daniel and brother Nabil Farag; 9 nephews and 12 nieces. He is preceded in death by his parents, Reverend Atalla Farag and Raoufa Bolous; brothers Shukry and Shaker, sister Zaizaf Zakhary, and nephew Raouf Zakhary.

The family of Souly Farag created this Life Tributes page to make it easy to share your memories.

Souly Atalla Farag, 80, a resident of Moses Lake, passed away...