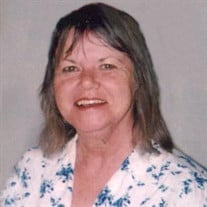 Shirley Scott-Hansen passed away peacefully Monday morning surrounded by her husband, her children, and beloved friends Dave and Betty. Shirley was born in Snohomish., WA on March 18, 1944. She was the apple of her Dad’s eye. Her Dad Noel Scott and Shirley’s strength came from her Mother Geneva Scott. The family moved to Moses Lake shortly after her birth, graduated from Moses Lake High School and was loved by many friends. She had several jobs and adventures but then settled in the Everett area. Shirley was hired by Boeing and later helped design the interior of their Aircrafts, which included Two Air Force One planes. Shirley was gifted with color and interior designing. She retired from Boeing in 2002. Again, she met several friends and she was well loved. Shirley then moved to Moses Lake, met and married the love of her life, Greg Hansen. They traveled to many locations and attended several family gatherings. They resided in Mae Valley and enjoyed their property, gardening, watching rabbits and birds, and cabin #7. The property that truly is home sweet home. Shirley loved to entertain and enjoyed opening their home to company and family. More than anything she loved to make people happy and her laughter was infectious. Shirley was an avid Seahawk fan from the beginning! She enjoyed the Mariners also. She also belonged to the Eastern Star in Everett. Shirley has three children Roland Middleton and his wife Susan, Rondo Middleton and his wife Kathy, and her daughter Marcia Shortridge. She had three stepchildren, and seven grandchildren: Joe, Brittany, Paul, Jessica, Noelle, Mekhi, Jayana, and one great-grandchild, Ian. Shirley has many cousins, nieces, nephews and many extended family members. Shirley’s mother is Geneva Scott. She has two brothers, Rondo Scott and his wife Peggy, and Roger Scott. She was preceded in death by her Father Noel Scott, one brother Al Verlinde and one Sister Barbara Jean. Viewing will be held from 3:00 p.m. to 5:00 p.m. on Friday, January 19, 2018 at Kayser's Chapel of Memories, 831 S. Pioneer Way, Moses Lake. A memorial service will be held at 11:00 a.m. on Saturday, January 20, 2018 at Lakeview Missionary Church, 810 S. Evergreen Drive, Moses Lake. Please sign the online guestbook or leave a note for the family at www.kayserschapel.com Arrangements are in care of Kayser's Chapel & Crematory.

Shirley Scott-Hansen passed away peacefully Monday morning surrounded by her husband, her children, and beloved friends Dave and Betty. Shirley was born in Snohomish., WA on March 18, 1944. She was the apple of her Dad&#8217;s eye. Her Dad Noel... View Obituary & Service Information

The family of Shirley Ann Hansen created this Life Tributes page to make it easy to share your memories.