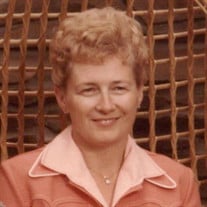 Sherry L (Camp) Lange was born to Herb and Louise Camp on July 11, 1936 in Colfax, WA. She was raised with her two brothers, Larry & Dee, in LaCrosse, WA on a wheat, cattle, and horse ranch. She was active helping on the ranch, showing cattle in 4-H, high school cheerleader, Whitman County Fair Rodeo Queen and riding many miles on her albino mare. Sherry graduated from LaCrosse High School in 1954. An Accounting degree form Kinman Business College in Spokane was the next accomplishment for Sherry. She then continued her accounting education at Washington State University where she met the love of her life, Willard. They were married November 2, 1957 in LaCrosse. They made their home in Washtucna,raising sheep while running ewes in the mountains (Spokane and Mica Peak) and welcoming Laun and Levi before moving to and leasing the Drumheller Sheep Ranch near Ephrata, WA in 1964. The sixteen years spent there were hard and rewarding. They welcomed their last child, Tawna, as well as making numerous friends and expanding the business to include cattle and crops. Sherry was active in sheep 4-H with her children; even helping reform Grant County Fair sheep admissions process. Sherry was also a master at preparing meals for shearing and lambing crews, lambing ewes and feeding bummer lambs and calves, keeping accurate records for the ranch and staying on budget, helping to move and work livestock, parts runner, and overall top hired hand, just to name a few. In 1980 when the Drumheller Ranch was sold they moved to the George, WA area where the family farm is still in operation. Sherry enjoyed her hobbies of jigsaw puzzles, traveling and playing Pinochle with friends, when time allowed. She kept the tradition of regular family get together dinners set forth by her mother Louise, enjoying all of her family. She was preceded in death by her parents, Herb and Louise Camp, older brother Larry Camp, and numerous aunts and uncles. She is survived by her husband, Willard Lange at home. Children: Laun (Arvil) Mecham, Levi (Margie) Lange, Tawna Harting. Grand children: Landra (Chase) Kosa, Landen Lange, Lexis (Caleb) Martin, Layton Lange, Lakota Lange, Trista Harting. Great grandchildren: Grady Kosa. In lieu of flowers, donations made be made to Shriners Children’s Hospital in Spokane or a charity of your choice in her name. There will be a memorial for Sherry on Friday, September 22, 2017, 10 am at Kayser’s Chapel of Memories in Moses Lake. Please sign the online guestbook at www.kayserschapel.com Arrangements are in care of Kayser's Chapel & Crematory.

Sherry L (Camp) Lange was born to Herb and Louise Camp on July 11, 1936 in Colfax, WA. She was raised with her two brothers, Larry & Dee, in LaCrosse, WA on a wheat, cattle, and horse ranch. She was active helping on the ranch, showing cattle... View Obituary & Service Information

The family of Sherry Lange created this Life Tributes page to make it easy to share your memories.

Sherry L (Camp) Lange was born to Herb and Louise Camp on July...