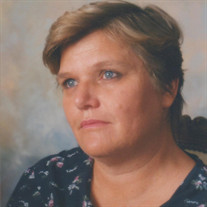 Sheila Dorthea Thompson, 63, Moses Lake, passed away peacefully on November 28, 2018 at her home with her family by her side. Sheila was born in Moses Lake, to Inez (Fruh) and Delbert Mike on July 1, 1955. Sheila grew up in Moses Lake and graduated from the Moses Lake High School in 1973. During high school, she traveled the United States with her parents. In 1974, she met her husband, Jerrel Thompson. They were married June 21, 1975 in Moses Lake. She worked for Head Start up until the birth of their son, Delbert, in 1976. As a stay at home mom, Sheila became an active member of the United Methodist Church. As soon as Delbert was old enough, she began the role of the year-round sports mom. In 1979, they welcomed their daughter, Chalcie, followed by their daughter, Sara, in 1981. Sheila was heavily involved with her kids’ activities, which ranged from softball, baseball, soccer and Girl Scouts. Sheila focused her time and energies on her daughter’s sports. Following the births of her daughter’s children, Sheila continued to stay at home and care for her grandchildren. As they grew, they began participating in softball, volleyball, martial arts, football, and wrestling in which Sheila and Jerrel were adamant supporters, attending as many tournaments as they could year-round. She continued this busy lifestyle until her passing. Her father, Delbert Mike, her mother, Inez Mike Fruh, and her son Delbert Thompson preceded Sheila in death. She is survived by her husband of 43 years, Jerrel; her sister, Sherry Turner (Fred) and her brother, Sonny Mike (Cindy); her daughters: Chalcie Rhodes (Levi), and Sara McPherson (Eric); her grandchildren: Josue, Lucas, Charles, Amaris, Shelby, Samuel, Brianna, Chloe, and Madison. A memorial service will be held on December 10, 2018 at the United Methodist Church, located at 746 S. Ironwood Drive, at noon. In lieu of flowers, donations can be made to Assured Hospice in Moses Lake. Sign online guestbook at www.kayserschapel.com “See, I am sending an angel ahead of you to guard you along the way and to bring you to the place I have prepared.” – Exodus 23:20

Sheila Dorthea Thompson, 63, Moses Lake, passed away peacefully on November 28, 2018 at her home with her family by her side. Sheila was born in Moses Lake, to Inez (Fruh) and Delbert Mike on July 1, 1955. Sheila grew up in Moses Lake and graduated... View Obituary & Service Information

The family of Sheila D Thompson created this Life Tributes page to make it easy to share your memories.