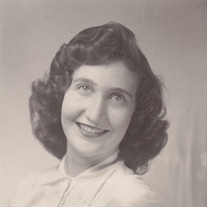 Ruth Ann Rose (Langston) July 10, 1933 – June 21, 2019 Our beloved mother, Ruth Ann Rose (Langston) was called to Heaven on June 21, 2019. She passed away peacefully at home. Ruth Ann was born in Wiseman, Arkansas to Elbert and Effie Langston. She spent her early childhood on the farm in Arkansas. She had two brothers and three sisters. In her early teens the family moved to Wenatchee, Washington to pursue a better life. She returned to Arkansas to finish high school and receive her diploma there. She was the star forward on her high school basketball team. During her time in Arkansas, she also received some training working as a candy striper at the local hospital. She enjoyed her work and training in the medical field. After graduation and returning to Wenatchee, she worked in the office at the Rock Island Dam. Shortly thereafter, she met the love of her life, Earl Rose. He was on leave from the Navy when they met. They married in Davenport, Washington and then moved to Newport, Washington where he started his career in the produce department at a local grocery store. They had four children. The oldest, Michael, Diana, Alan, and Richard. Sadly Richard passed away shortly after his birth. The family moved around both Washington and Idaho, and finally landed Moses lake in the 60’s. Shortly after moving to Moses Lake, they bought a small grocery store. Many people probably remember Mom and her welcoming smile while she worked in their store, Stop-n-Shop. After they sold the store, mom worked at a variety of different careers. She worked as a meat cutter at Safeway, a dental assistant for Doctor Penhaullarick, restaurant manager positions and really enjoyed working sales at one of the new mobile home lots. Her most favorite hobbies were fishing and gardening. She enjoyed canning, sewing and was talented with her artwork painting. She was dedicated to her family and loved big family get-togethers. She worked hard to make her property inviting with a beautiful park-like setting for her grandkids to play and enjoy. She was preceded in death by her parents, her brother Justin Langston, her sisters Linda Langston, Ruby Herron, Mildred Mathis, and her son Richard Rose. She is survived by her brother Clyde and Rosalie Langston, sister-in-law Donna Kasten, her children Mike and Sheryl Rose, Diana Rose, Alan Rose and Linda Wilson. Grandchildren Jesse, Michelle, Falisha, Kelly and Sydney. Also nieces, nephews, cousins and great grandchildren. Her memorial service will be held at Kayser’s Chapel of Memories on Friday, July 12th, at 2:00 p.m. Reception following the memorial service will be held at The Moses Lake Senior Center, 608 E 3rd Ave, Moses Lake.

The family of Ruth Ann Rose (Langston) created this Life Tributes page to make it easy to share your memories.