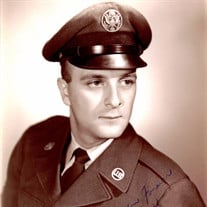 ROBERT A. (BOB) HEPPNER CMSgt – USAF – RETIRED Bob passed away March 27, 2021 at age 89 surrounded by loved ones. Bob was born April 19, 1931 in Queens Long Island, New York to William & Elizabeth Heppner. After graduating from High School in 1948 he worked for American Airlines, at what is now JFK International Airport, before joining the Air Force in 1950. While stationed at Larson Air Force Base, Moses Lake in 1954 he met Betty Garrett. They were married in Oct. 1955 and made their first home at Ethan Allan Air Force Base, Vermont. During his time in the USAF he was stationed overseas in Vietnam, Korea, Japan (twice), Hawaii, and the Philippines, stateside Washington DC, Washington State, Oregon (twice), Texas (twice), California and Vermont. After serving 28 years in the Air Force he and Betty retired back to Moses Lake. For a number of years Bob and Retired Marine, Peter Harris, ran the Grant County Veterans Center here in Moses Lake helping all veterans. Bob was a member of the American Legion, Moses Lake Lions Club and several Military Organizations. After retirement he and Betty enjoyed traveling, especially to Hawaii, Air Force Reunions, and visiting kids and grandkids. He is survived by his wife Betty of 65 years, Daughter Kathy (Steve) Bishop of Clearfield, UT and Son Lee (Kris) Heppner of Milwaukie, OR. Granddaughters Michele Workman, Shannon Bishop, Keeley (Jeff) McNair all of Utah & Tori Heppner of Oregon, Grandson Taylor Heppner of Oregon, eight Great-grandchildren and 1 Great-great Grandson and honorary Granddaughter, Danielle Holle of Spokane, many friends from both military days and since. Bob was preceded in death by his parents, Brother Frank and Sister-in-law Sally. A memorial service will be held at Kayser’s Chapel of Memories Saturday, April 17, 2021 at 11:00 am. Interment will immediately follow at Guarding Angels Cemetery with Military Honors. In lieu of flowers a donation can be made to a local veteran organization or Shriner’s Children Hospital.

The family of Robert A. "Bob" Heppner created this Life Tributes page to make it easy to share your memories.