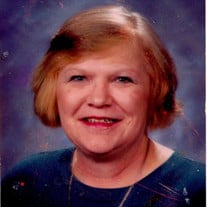 Rita Marie Carson, 69, passed away January 12th, 2022 at Samaritan Hospital in Moses Lake, WA with her daughter, sisters Eileen and Virginia and niece Tarisa at her side. Rita was born August 15, 1952 to Armin and Juosefa Bunkelman in Ellensburg Washington. She was the 4th child out of 9. Rita spent her younger years helping on the family farm and helped care for her younger siblings. The family relocated to the Renton area where Rita attended school in the Issaquah school district and graduated from Issaquah High School in 1970. Her senior year she participated in the Ms. Issaquah pageant and won Ms.Congeniality. In 1974 she graduated from Seattle University with a bachelor’s degree in Education. Fall of 1974 Rita moved to Moses Lake WA, and started her 36 year career with the Moses Lake School District. She taught primarily 5 and 6th grades at Knolls Vista Elementary and North Elementary. She also ran the computer lab for a few years. She made many friends and was respected and liked by her peers. Many of them also appreciated her sense of humor. She retired the summer of 2010. Rita married DuWayne Justice July 31, 1978. They were married for nearly 20 years before the marriage was dissolved, but from that marriage she had two children. Her daughter Jolene and her son Quintin. Rita later remarried in 2007 but that marriage too, dissolved just a few short years later. Rita enjoyed the outdoors, animals, having a good time and had many hobbies. She enjoyed bowling and shooting pool which she played on leagues for both. She enjoyed yard work, painting, camping, and fishing. She spent quite a few summers camping at Blue Lake and was a member of the Soap Lake Rod and Gun Club. She also enjoyed riding horses, her favorite being Tuffy. She spent many years actively involved in her children’s 4-H projects, and was an avid collector of all things of hummingbirds! They were everywhere in her home! As a teacher she touched the lives of many children over the decades. Some whom became friends of hers. Many of them would write her cards, notes, and gave her small trinkets of their appreciation of her. Even up until her death, former students would reach out to say “hi” to Ms. Bunkelman, Mrs. Justice, or Mrs. Carson, depending on when they had her as a teacher. Rita is survived by her only daughter Jolene Justice (Angel), her grandchildren Jacelynn, Dominque, and Angel Jr all of Moses Lake. Her siblings Christine Papineau (Dan) of Ellensburg WA; Eileen Thompson (and the late Robert) of Rathdrum, ID; Bellinda Oosterwyk (Rick) of Arlington WA; Albert Bunkelman of Moses Lake, WA; Armin Bunkelman (Carla) of St. Maries, ID; Virginia Almont of North Bend, WA; and David Bunkelman of Kent, WA. Among her survivors are numerous nieces, nephews, and cousins. Rita is preceded in death by her only son, Quintin Justice, her parents, grandparents, her youngest brother, Lenard and several aunts, uncles, and cousins. Service arrangements have been entrusted to Kayser’s Chapel of Memories of Moses Lake WA. Her celebration of life service will be held at the funeral home Friday, April 15th, 2022 at 1pm.

Rita Marie Carson, 69, passed away January 12th, 2022 at Samaritan Hospital in Moses Lake, WA with her daughter, sisters Eileen and Virginia and niece Tarisa at her side. Rita was born August 15, 1952 to Armin and Juosefa Bunkelman in Ellensburg... View Obituary & Service Information

The family of Rita Marie Carson created this Life Tributes page to make it easy to share your memories.