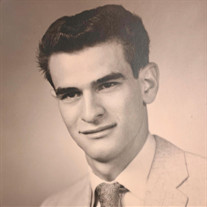 Michael “Mike” Davis 82, of Moses Lake, Washington passed away April 29, 2020. Mike was born December 16, 1937, to Edward and Louise in Newhall, Iowa. Mike would end up being the 2nd of three children. He would later attend Boys Town in Nebraska and graduated in 1957. He married his wife Sharon of 57 years in 1963. They lived in Minnesota until they moved to Moses Lake, WA in 1967, where they put down roots. They had seven children, ten grandchildren, and 4 great-grandchildren that he loved very much. He loved working with guns and hunting supplies and made a career out of this passion with his army surplus store, T&M Surplus, that he ran with his business partner Terri. He enjoyed his last days of life at his shop, with his beloved dogs. Mike is survived by his wife Sharon, sister-in-law, Barbara, children, Larry, Charlie (Beverly), Michelle (Phillip), Howard (Lisa), Heather, Erik, Aaron, grandchildren, Marissa (Eric), Berlyn (Josh), Jasmyne (Stephen), Keiley (Hunter), Shelby (Shante), Jr., Devin, Teegan, Skyla, Mei, great-grandchildren, Drake, Paxton, Jonah, Sienna, and his three dogs Sammy, Suzie, and Poo. He was preceded in death by his mother, Louise, father, Edward, and two brothers, David and Verlyn.

The family of Michael "Mike" Davis created this Life Tributes page to make it easy to share your memories.