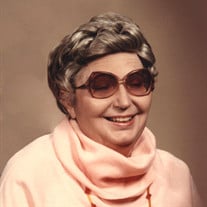 Mary Ellen Smith, 93, died April 15, 2018, in Moses Lake, WA. Mary Ellen was born to Thomas J. and Ama Elizabeth Madden on September 3, 1924, in Oklahoma City, OK. She was one of eight children who grew up together during the Great Depression. Mary Ellen was very intelligent and studied hard, skipping grades in school and going to college on a scholarship at an early age. As part of the war effort during World War II, Mary Ellen worked at the FBI in Washington, DC. She returned to Oklahoma, and while continuing her studies at Oklahoma Baptist University, she also worked on the local newspaper. There she met the love of her life, Alvin H. Smith, fresh back from overseas. After Mary Ellen’s graduation from OBU with Summa Cum Laude honors, the couple married June 23, 1946, in Shawnee, OK. They moved to Beaumont, Texas, and then to Moses Lake in 1955; their home the remainder of their lives. Al was a reporter and then Managing Editor of the Columbia Basin Daily Herald. Al Smith passed away in 1992. Mary Ellen was a curious reader and an enthusiastic storyteller, known for teaching vocabulary and writing skills to a generation of students at Moses Lake High School. In addition to teaching all levels of English, during her time at MLHS Mary Ellen supervised the yearbook and student newspaper, coached the championship High School Bowl team, taught English for Food Service Work, and served as chair of the English Department. She took great pleasure in hearing of accomplishments of her many ‘former students’. After retiring from teaching, Mary Ellen tutored students in English at the Job Corps and at an English as a Second Language program through Big Bend Community College. She had a great passion for music, especially hymns, and sang in several choirs throughout most of her life. Mary Ellen attended church regularly all her life. She and Al were some of the earliest members of the 1st Southern Baptist church, now named Emmanuel Baptist Church, in Moses Lake. She taught Sunday school and led several Bible study groups there over the years. The family would like to thank Penny Weber and staff at Penny’s Adult Family Home for their care and appreciation of “Emmy” during her last years of life. They can verify that she could still beat most at Jeopardy even in her last years. Mary Ellen is survived by three children: Stephanie Smith of Berkeley CA, Huffman Smith of Kalama, WA, and Melodie Madden of Moses Lake; four grandchildren: Alicia, Stacie, Shaina and Remy; four great-grandchildren; two sisters, Christine Wine and Frances Bowen; and numerous nieces and nephews and extended family. A service of remembrance will be held at the Living Word Lutheran Church, 2609 W. Broadway Ave., Moses Lake, on Saturday, April 28th at 10:00. In lieu of flowers, she would have appreciated any donations to Oklahoma Baptist University or First Book Organization (firstbook.org).

Mary Ellen Smith, 93, died April 15, 2018, in Moses Lake, WA. Mary Ellen was born to Thomas J. and Ama Elizabeth Madden on September 3, 1924, in Oklahoma City, OK. She was one of eight children who grew up together during the Great Depression.... View Obituary & Service Information

The family of Mary Ellen Smith created this Life Tributes page to make it easy to share your memories.