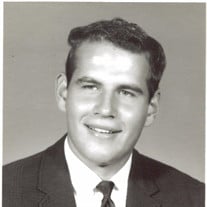 Marvin Paul Miller was born April 24, 1950 to Frank A and Mary Lou Miller in Waterville Washington. He went home to the lord peacefully on the afternoon of December 3, 2019 in Wenatchee Washington, with his family by his side. Marvin was raised on the family farm in St. Andrews where he enjoyed working with dad and mom, siblings, uncles, aunts and cousins. It was here that he inherited a strong work ethic and a love for farming. He was a member of the St. Andrews 4H club and enjoyed showing pigs and steers at the Waterville Fair. He attended all 12 grades and graduated from, Coulee City School where he participated in football and basketball. He was proud to be a Coulee City Ram. Marvin spent a few years building dams as a construction laborer, but his greatest love was farming and throughout his lifetime worked for Miller Brothers, Petersons, Lloyd McLean, David Adams, Dingman Farms and Wes Roberts among others. After high school, he spent 2 years with the US Navy in the Asian Theater. He was proud to be a veteran. Marvin was married to Dian Borst and enjoyed helping raise her two boys. Their marriage later ended in divorce, but they remained friends. He loved family gatherings and held a special place in his heart for his nieces and nephews. He was preceded in death by mom and dad and leaves behind his siblings: Jim and Carmen Cunningham and family, Elton and Juli Miller and family, Milton Miller and daughter Abby’s family, and many friends and relatives. He was a good, honest man (except for cheating a little at Scrabble), loving brother, uncle, son and a loyal friend. Marv had a wicked sense of humor which included many jokes…not all of which were appropriate. Marvin loved board games, card parties, cooking, eating (especially Carmen’s homemade meals and hot German Potato salad, using Steve Miller’s recipe), the Beatles, Peter Paul and Mary, and his all-time favorite; ‘Light my Fire’ by the Doors. He loved the first round, in the first field of Spring Work along with the last round, in the last field of fall work, and everything in between. The family wishes to thank Amber and the crew at McKay Healthcare for their loving care during his time there. Marvin’s memorial service will be January 11th at 11 AM, at the Presbyterian Church in Coulee City.

Marvin Paul Miller was born April 24, 1950 to Frank A and Mary Lou Miller in Waterville Washington. He went home to the lord peacefully on the afternoon of December 3, 2019 in Wenatchee Washington, with his family by his side. Marvin was raised... View Obituary & Service Information

The family of Marvin Paul Miller created this Life Tributes page to make it easy to share your memories.