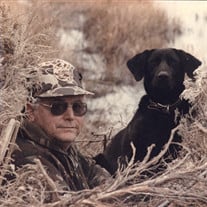 Lloyd Jewell, Jr., died peacefully at Brookdale Assisted living where he shared a home with his beautiful Wife, Alda on August 31st in Moses Lake, WA at the age of 86. Lloyd is survived by his wife, Alda; children, Cathy Beemer of Sweet Home Oregon, Vernon (Angel) Jewell of Twin Falls Idaho, Tim (Michelle) Jewell and Carol Ganiere of Moses Lake, son in law Steve Young; sibling, Darlene McKnight of Springfield Oregon, grandchildren: Will (Shasta), Andy (Mckenzy), Shannon (Chris), Randy (Debbie), Joni (Ryan), Stephanie (Aaron), Amy (Ryan), Kristina (James), Gary (Callie), Salina, Crystal (Brian), Jeffrey, Trever, Jessica, and Carli, 22 great grandchildren, and 4 great great grandchildren. He is preceded in death by Mother Arlie Wade Brookshire, Father Lloyd Jewell, Stepfather Claude Brookshire, Mother and Father in Law Vernon and Blanche Harvey, daughter Charlet Young, Son Robert Jewell, Sisters Betty Jasper and Reba Jewell, Son in Laws George Beemer and Ken Ganiere. Dad was born on July 23, 1930 in Kennett, Missouri to Lloyd and Arlie Jewell. He graduated from Moses Lake High School in 2003. He was able to graduate under the “Operation Recognition" program. This program was offered to students who did not finish high school due to joining the armed services during war time. He married Alda Lou Harvey, his high school sweetheart in Albany Oregon October 1st, 1948. Their first home together was at Airforce Base Fairfield-Suisun (Travis AFB), Dad joined the Air Force in 1946 at just 16 years old and was honorably discharged in 1949. While in the service he earned the WWII Victory Medal, Good Conduct Medal and Marksmanship badge. Dad was a long and short distance truck driver for 13 years before taking a job at Teledyne Wah Chang in Albany, Oregon, where he worked for 15 years. In the late 70’s Lloyd started a family business in Tangent, OR. Jewell’s Engraving and Trophy Shop which they ran until 1980 when he accepted a job as the Sponge Handling Supervisor for International Titanium in Moses Lake where he was employed until his retirement in 1988. Dad and Mom became members of the Moses Lake Alliance Church in 1994 and dad was baptized that same year. Dad has had many hobbies such as raising cows, pigs, and chickens and in his younger years dad was a bit of a daredevil and even rode bulls. Dad also loved to hunt ducks and deer along with anything that was legal and flew. Later in life fishing was his true passion and he along with his sons started the annual fishing trip to Jameson Lake 30 years ago which now includes his grandchildren and great grandchildren. Viewing will be held from 4-7 pm, Friday, Sept. 2nd at Kayser's Chapel. Services will be held at 10 a.m., Saturday, Sept. 3rd at the Moses Lake Alliance Church. The family would like to thank their friends, Dr. Luther Thompson, Brookdale assisted living and Hospice for all their love and support. Sign online guestbook at www.kayserschapel.com Go Seahawks!

Lloyd Jewell, Jr., died peacefully at Brookdale Assisted living where he shared a home with his beautiful Wife, Alda on August 31st in Moses Lake, WA at the age of 86. Lloyd is survived by his wife, Alda; children, Cathy Beemer of Sweet Home... View Obituary & Service Information

The family of Lloyd Jewell created this Life Tributes page to make it easy to share your memories.