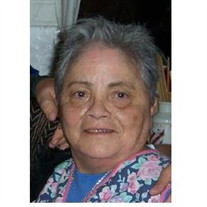 Linda Phyllis Carley Steffler, died peacefully at home on January 7, 2018. She was born on February 11, 1932 in Monterey, CA to Glenn and Alta Carley. Linda was born very prematurely and not expected to live through infancy. Her parents kept her alive by keeping her warm in a shoebox next to the stove. Linda was raised in the Monterey area with her many brothers and sisters. Linda met the love of her life, Donald J. Steffler, when he was stationed at Fort Ord. They married on August 3, 1950. Together they raised their children while traveling to different posts around the country and the world. Linda enjoyed her life as a military wife and worked tirelessly to support her husband and his career. She also worked as a volunteer at most postings to support the military community. Don and Linda enjoyed more than 59 years together. Linda and Don moved to Moses Lake, Washington in 1976 upon his retirement from the military to be close to family. Linda became very involved in gardening and taking care of her many animals. These pets were a vital part of Linda’s life, her cats, especially Squeaky, dogs, a horse, and even a pet goat. Linda loved spending time with her grandchildren and later great grandchildren. Babysitting the grandchildren allowed them to develop a very close bond with her. They will always remove their hats inside any house and pour their soda into a glass or risk hearing her voice chiding them! Linda was preceded in death by both her parents, her loving husband Don, her son Rusty Steffler, and her son Donald Michael Steffler. Linda is survived by her son Jason Steffler who took wonderful care of her these past several years, her daughter Rachell Clark, (Jim) their children, Suzie Gosch, (Kevin) Chris Clark, and Brian Clark. She is also survived by Rusty’s children, Glenn Steffler, (Shamra), Sarah Steffler, Nathaniel Steffler, (Callee) and Rusty’s former wife, Lana Devney. In addition, Linda is survived by numerous great-grandchildren and many nieces and nephews.. There will be a memorial service to be announced later.

Linda Phyllis Carley Steffler, died peacefully at home on January 7, 2018. She was born on February 11, 1932 in Monterey, CA to Glenn and Alta Carley. Linda was born very prematurely and not expected to live through infancy. Her parents kept... View Obituary & Service Information

The family of Linda P Steffler created this Life Tributes page to make it easy to share your memories.