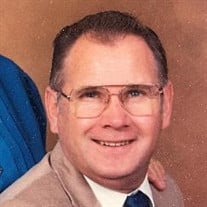 Leslie Jimmie Brock, (Jim) age 86, went to be with his Lord Jesus Christ on Valentines Day, February 14, 2022 at Lake Ridge Center in Moses Lake, Washington. He was born May 6, 1935 in Port Angeles, WA to the late Ernest and Leona Brock. Leslie (Jim) married his High School sweetheart, Sandy one week before Valentines Day on February 7, 1955. Jim passed away one week after celebrating their 67th Wedding Anniversary. Soon after they were married Jim and Sandy moved to Granite Falls, were saved, and began to follow Christ making Community Bible Church their home. There in 1962 God placed a call on his life to go to Bible School. Jim asked God for a sign. After discovering that many of his cattle, pigs and chickens had died and his well went dry, he got on his knees and said, “Ok Lord, I’ll go!”. They packed up their 4 children and left for Bob Jones University in Greenville, South Carolina to prepare for the Ministry. It was there while working in a hamburger joint that God called him to go to Africa as a missionary. He again asked for a sign! His house burned down! Once again on his knees he said “Ok Lord, I’ll go”. In obedience to God’s call to go to Africa, Jim and Sandy joined Evangelical Baptist Missions and crossed the Atlantic Ocean on the ship SS France with their 4 kids and began a 40+ years of faithful Missionary Service to the Lord. Jim and Sandy served for nearly 25 years in Niger and Benin, West Africa, then moved to Kalispell Montana, making First Baptist Church in Columbia Falls their home church base for another 20 years as Representatives for EBM until he retired in 2015. Jim was a great pioneer Missionary determined to take the Gospel of the Lord Jesus who he was so committed to. By the way, he would tell you not to ask God for a sign! Just say “Ok Lord, I’ll go” and step out by faith, and serve the Lord Jesus faithfully. Even in your struggles in life, Jim would always say, “Praise the Lord anyhow!” Jim is survived by his wife Sandy, his 4 children: Jeanne, Susan, Jim and Daniel, and his 24 grand children and 32 Great grandchildren; 3 brothers: Vernon, Alan and Larry and sister Marilyn and many nieces and nephews. There will be a memorial service to celebrate his life at Kayser’s Chapel on February 25th, 2022 at 11:00 am with Graveside service following at Guarding Angels Cemetery. The service will be streamed on Facebook. https://www.facebook.com/Kaysers-Chapel-of-Memories-104201534614825

Leslie Jimmie Brock, (Jim) age 86, went to be with his Lord Jesus Christ on Valentines Day, February 14, 2022 at Lake Ridge Center in Moses Lake, Washington. He was born May 6, 1935 in Port Angeles, WA to the late Ernest and Leona Brock. Leslie... View Obituary & Service Information

The family of Leslie Jimmie Brock created this Life Tributes page to make it easy to share your memories.