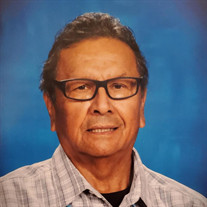 Leonard “Len” “Lenny” Friedlander Len passed peacefully at his home in Moses Lake from a short but heroic fight with cancer. He was born in 1944 to Sam and Margaret (Vallee) Friedlander (both deceased). Len was the youngest of twelve children including eight sisters Ebbie, Sissy, Gladys, Stella, Violet, Luella, Genevieve and Shirley; and three brothers David, Porky and Victor all of whom preceded him in death except his eldest sister, Stella. He was drafted into the United States Army as a naïve young man, served in active duty in Vietnam, and was honorably discharged 2 years later as an older but wiser man. He worked at Kicking Horse Job Corps in Montana; Curlew Job Corps in Idaho and shortly transferred to Columbia Basin Job Corps in Moses Lake where he worked with students for the next 30 plus years. As a recreation supervisor, he oversaw recreation activities; planning trips, organizing leisure activities, and a variety of sports such as touch football, basketball, volleyball, and his favorite - softball. He created many sports teams comprised of students and was creative in finding others to play against – other Job Corps Centers, city leagues, or anyone else who’d play. This also gave the students the opportunity to see new places and stay engaged year-round. Len loved working with young people and affecting their lives in a positive manner. He was as much a counselor as a coach. It was truly his life’s calling. He was retired for all of three days before he was hired to be the security officer at Columbia Basin Secondary School where his wife, Diana, taught 6th grade. Once again, it was a job with his name written on it. There, he continued to protect and guide young people in grades 6-12 over the next nine years. He loved to go to school sporting events, especially basketball and volleyball, and was an avid fan. Len took his security job very seriously, priding himself on protecting the students, staff, and facility. He was a proud member of the Colville Confederated Tribes and a descendant of Chief Moses. He was extremely proud of his heritage and shared information with many students over the years doing presentations and demonstrations at the schools and other public events. He was an avid pow wow dancer, winning many championships over the years. Dancing with friends and family at various pow wows in the northwest fed his soul. Another activity that gave meaning to his life was coaching Little League which he did for many years and he anxiously awaited the Little League World Series, making bets on every game with his wife Diana to make sure she stayed engaged for the full two weeks it was on TV. Len played senior softball for many years on a variety of teams in Spokane and Wenatchee that he enjoyed tremendously. Len and Diana enjoyed taking day and week-long trips to go antiquing, always looking for that special find. He was preceded in death by his wife Margaret (Conko) Friedlander and son Leonard Friedlander Jr. He is survived by 4 children; Lance Friedlander (Shawna) of Montana, Jennifer Trahan (Les) of Montana, Charlotte Nilsen (Jim) of Idaho, and Casey Friedlander of Montana. Len loved his children, grandchildren (Lance Jr, Christofer, Samantha, Karissa, Leniece, Tim, Christina, Jordan, Arias and Brylee) and great-grandchildren (Margaret “Mags”, Taylin, Leslie, Jackson, Leda-Stsa, Audrey, Kyleigh, Taryn, and Dax) and always wished they lived closer so he could have been a bigger part of their daily lives. He is also survived by his loving wife, Diana Friedlander, of Moses Lake and his step-children Lisa Hansen (Bryan), Mike Rust (Kristi) and step-grandchildren (Derek, Elloise and Savannah). Len comes from a very large family with numerous family members (and even friends) referring to him lovingly as Grandpa Lenny or Uncle Lenny. He loved spending time and sharing memories with his extended family. Len loved life, kids, sports, a good joke, going to pow wows, watching movies, and spending time with loved ones. His smile, hugs, special notes, teasing and love of life will be missed immensely. Donations, if so desired, may be made out to the American Cancer Society or Little League Baseball. Arrangements are through Kayser’s Chapel of Memories in Moses Lake. Viewing at Kayser’s will be Tuesday, October 19th from 9:00 to 11:30, Rosary and Mass of Christian Burial starting at 1:00 at Our Lady of Fatima Catholic Church with burial to follow at Guardian Angels Cemetery. Due to Covid, masks are required at indoor locations. We appreciate people honoring this request.

Leonard &#8220;Len&#8221; &#8220;Lenny&#8221; Friedlander Len passed peacefully at his home in Moses Lake from a short but heroic fight with cancer. He was born in 1944 to Sam and Margaret (Vallee) Friedlander (both deceased). Len was the youngest... View Obituary & Service Information

The family of Leonard Friedlander created this Life Tributes page to make it easy to share your memories.