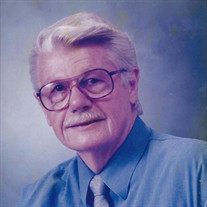 LEE BLACKWELL (1931-2020) was the youngest of four children, born during the Great Depression. “We were poor, but everyone was poor,” he said. So when his mom, a county nurse, asked him to give his shoes to a poorer child of one of her patients, he did so without complaint. This habit of compassion and sharing became his way of life. Besides, he grew up on Ocean Beach in San Diego (“barefoot boy with cheeks of tan” – John Greenleaf Whittier) and didn’t often need shoes. In the 1930s San Diego was a relatively small town where everyone knew his mom and would report his transgressions, if his older siblings didn’t report them first. Mom often brought dinner home from the hospital, and Lee massaged her tired head for her. On Sunday, when she took in washing, she shooed him off to the nearest church on the same block. When he graduated high school and thought of settling into a leisurely life, his big sister took him to the personnel office of Convair, where he learned yet another good habit: work. In 1953 he married Jean Wolf. They had five children over the next 18 years—Jon (his twin sister, LeeAnne, died at birth), Eric, Adam and Jennifer. Lee worked for several divisions of Litton Industries, General Dynamics, a television company and a management consulting company. They lived in California, Mississippi, Massachusetts, New York, Oregon and Pennsylvania. During that time he developed his caring management style, which endeared him to every staff under his supervision, and began a life of civic and professional responsibility. In 1984 he embarked on an international path, working in manufacturing, distribution, import-export and consulting in Taiwan, Korea and Brazil. This life he shared with Susan Utsunomiya—hometown of Moses Lake WA, where they were married in 1987. His kindness, honesty and humor endeared him to his colleagues, vendors and friends in those countries, many of whom have remained friends for several decades. In 1994 the couple returned to Moses Lake, where Lee opened an international art retail store, then in 1998 became a wholesale distributor of fashion accessories as well as managing a block of commercial property in downtown Moses Lake. At the same time he enjoyed a life of civic service with the Columbia Basin Boys and Girls Club, the Moses Lake City Council (serving as mayor from 2000-2002), the Moses Lake Business Association (MLBA), the Moses Lake-Yonezawa (Japan) Sister Cities, the Grant County Health District, the Columbia Basin Job Corps, the Grant County-Gunpo (Korea) Sister Counties, Rotary International, the Big Bend Economic Development Council, and the Moses Lake Pirates college summer baseball team. Never forgetting his disadvantaged youth, he was happy to help young people. Lee and Susan have hosted hundreds of students, trainees and visitors from many countries over the past quarter-century. He was instrumental in launching the Columbia Basin Boys and Girls Club and obtaining their first two clubhouses. He worked with the MLBA and the City to develop an attractive and successful downtown core and, as mayor, channeled federal funds to promote a healthier community. During his years as a downtown retailer, he attracted many people—young and old—looking for a friendly ear or a safe place to hang out and play with the kittens who called Lee’s shop home. He always had time to listen and help. Nerve damage resulted in immobility during his last ten years of life. During those years he was grateful to Moses Lake’s EMTs, who rescued him several times from falls. Finally, on July 7, 2020, at age 88, he passed away peacefully at home in the care of his wife and a grandson and with the support of Assured Hospice of Moses Lake. He is survived by his wife (Susan), three of his children (Jon, Eric and Jennifer) and their families, including seven grandchildren and three great grandchildren, most in California. He was predeceased by his parents (Albert and Ethel), his first wife (Jean), his three siblings (Lois, Alan and Jack), his baby daughter (LeeAnne), and his youngest son (Christopher Adam). Due to COVID restrictions no general memorial gathering is planned at this time. Condolences may be mailed to the Blackwell family at 1020 S. Evergreen Drive, Moses Lake WA 98837, or messages to the family can be left at www.kayserschapel.com (beginning July 16). Memorial donations may be made to the Boys and Girls Club of the Columbia Basin at 425 N. Paxson Drive, Moses Lake WA 98837, or to Assured Hospice, 1417 S. Pioneer Way, Moses Lake WA 98837.

LEE BLACKWELL (1931-2020) was the youngest of four children, born during the Great Depression. &#8220;We were poor, but everyone was poor,&#8221; he said. So when his mom, a county nurse, asked him to give his shoes to a poorer child of one... View Obituary & Service Information

The family of Lee Blackwell created this Life Tributes page to make it easy to share your memories.