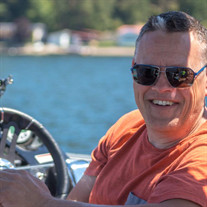 On April 1, 2020, Dr. Larry William Verhage went home to be with his Lord and Savior Jesus Christ. Larry was born on January 6, 1964, to Harold and Betty Verhage in Las Vegas, New Mexico. He graduated from Trinity Christian College in 1986 and then pursued an MD, specializing in family medicine with advanced obstetrical training. This prepared him for his work here at the Moses Lake and Quincy Community Health Centers starting in 1997. He met his wife of 33 years, Julie Verhage, during his third year at Trinity Christian College. They married on August 16, 1986. They have eight children, three sons-in-law, and one grandchild, with more on the way. His love for his wife and children helped make his family a haven, one he extended to others in need of family and friendship. Larry saw his Christian faith summed up in the words “I am not my own, but belong—body and soul, in life and in death—to my faithful Savior, Jesus Christ.” He expressed this conviction that his life is God’s, in everything he did, especially in serving others. In a conversation the day before his death, Larry reiterated his belief that God is sovereign, and good, even when circumstances in life seem to say otherwise. For Larry, being a doctor wasn’t just a profession. He loved the intellectual piece, but to hear him talk, it was evident he cared immensely for his patients. He got to know his patients and their families across generations and was concerned for their holistic well-being, not just their medical needs. Larry wanted his patients to know they were heard and cared for. Larry lived with integrity, compassion, generosity, and laughter. He was spontaneous, the kind of father who takes his children day hikes turned science lessons. He was meticulous, not doing things half-way (or ahead of time). Larry tinkered. He was a wannabe farmer and car enthusiast. He was undeterred by obstacles. He became a house remodeler, a prize winning sheep breeder, and the fifty-year-old who mastered wakesurfing. He was a reader and deeply curious about all of life. Larry had a heart for missions, specifically for Hope Medical Clinic in Guinea, West Africa. Having spent vacations serving there as often as possible, his plan was to go help train the clinic staff when the new Maternity Ward was complete. He was determined to bring with him a new ultrasound machine to replace their outdated one. Julie is making that happen and invites the participation of anyone who would like to contribute. Gifts can be sent to CAMA-Services, to Guinea-Hope clinic project, mentioning Verhage sonogram. https://secure.cmalliance.org/give/ Larry is survived by his wife, Julie; children, Bethany (Caleb and Micah), Rebecca, Melissa (Aaron), Rachel (Gabe), Naomi, Tabitha, Jacob and Julia; father, Harold Verhage; and sisters Lorie (Brad) Casemier and Elizabeth (David) Wright. He was preceded in death by his mother, Betty Joyce Verhage. A virtual memorial to Larry has been set up at http://verhagememorial.com/.

On April 1, 2020, Dr. Larry William Verhage went home to be with his Lord and Savior Jesus Christ. Larry was born on January 6, 1964, to Harold and Betty Verhage in Las Vegas, New Mexico. He graduated from Trinity Christian College in 1986... View Obituary & Service Information

The family of Larry William Verhage created this Life Tributes page to make it easy to share your memories.