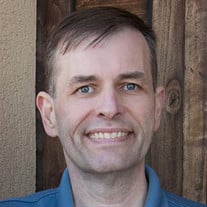 Kyle E. Lynch Aug. 31, 1969-Nov. 23, 2016 Have you heard the phrase, “I’m from the government and I’m here to help?” Although the phrase is often said in jest, it’s one Kyle Lynch lived by as a legislative assistant representing the 13th District from 2003-2016. Kyle died Nov. 23 at his parents’ home in Kennewick, after a courageous battle with metastatic colon cancer. He was 47. Well before his cancer diagnosis, Kyle found his life calling helping others and serving Christ as an aide to Sen. Joyce Mulliken and later to Sen. Judy Warnick, both R-Moses Lake. His work was his passion and his hand was in many important projects that helped residents of the Columbia Basin, including the new Boys and Girls clubhouse in Moses Lake and the Highway 17 widening project between I-90 to the Port of Moses Lake. His hobbies included reading classical novels, building home computers and watching sci-fi movies. Kyle’s life epitomized the Boy Scout oath and law. During his Boy Scout tenure which spanned more than 35 years, Kyle earned his Arrow of Light as a Cub Scout, earned his Eagle Scout with Troop No. 169, became a Vigil Honor member and lodge chief of Wa-La-Moot-Kin Lodge No. 336, was elected W-1C Section Chief, attended Philmont, numerous summer camps, National Youth Leadership Training, pow wows, and national conferences. In 1989 Kyle was honored with the Founders Award for his extensive dedication to youth. Kyle loved his family and fought cancer bravely. Although his illness was found at Stage 4, he chose an aggressive chemo regimen and clinical trial. Kyle was an inspiration to watch as he endured grueling treatments, and comforted those around him. He is preceded in death by his great-grandparents Percy and Beth Wood, grandparents Charles and Lucy Brownsworth, Tom and Lucille Lynch, and uncle James Lynch. He is survived by his wife, Lynne, and their children, Maria and Luke, parents John and Debi Lynch, of Kennewick, brother Scott (Caroline) Lynch, of Kennewick, their children, Brianna, Charlie and Emily, in-laws Duane and Susan Miller, of Coulee City, and extended family members. The family thanks Brent and Beth Wood for opening their home to Kyle during his treatments in Seattle. The family also thanks their wonderful neighbors, church family, and Kyle and Lynne’s work colleagues at the state Senate and Columbia Basin Herald for their support. A memorial service is set for 11 a.m., Saturday, Dec. 17 at Moses Lake Presbyterian Church, 1142 W. Ivy Ave. Guests are invited to wear blue, Kyle’s favorite color. Donations may be sent to the Boys Scouts of America (Blue Mountain Council), 8478 W. Gage Blvd., Kennewick, WA 99336 Please sign the online guestbook or leave a note for the family at www.kayserschapel.com Arrangements are in care of Kayser's Chapel & Crematory.

The family of Kyle Lynch created this Life Tributes page to make it easy to share your memories.