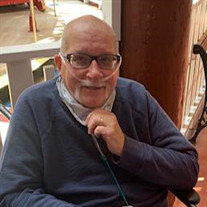 Kelly Robert Chisholm, 65, of Moses Lake, WA, passed away on Thursday, November 26th, 2020 after a courageous four year battle with Pulmonary Fibrosis. Kelly was born on October 13th, 1955 to Fred and Grace Chisholm in Glasgow, Montana. Growing up in Montana, Kelly developed a passion for nature, spending countless hours fishing, hunting and working on the farm. He graduated from Glasgow High School in 1974. After high school, he went on to Missoula Technical Center and received a certificate in Heavy Equipment Operation. Near the end of his program, he sustained a serious injury to his ankle and decided not to pursue a career as a heavy equipment operator. Instead, he worked in management, sales and eventually found a fulfilling career working for the Grant County PUD as a materials specialist. For over 20 years, Kelly also owned and operated Chisholm’s Classy Cleaning. He was an incredibly hard worker and despite his disease he carried oxygen and continued working at the PUD until 2018 and stayed involved in the family cleaning business until the beginning of this year. In 1975, Kelly moved to Burley, Idaho where he was introduced to the Church of Jesus Christ of Latter- Day Saints. Soon after he chose to be baptized and in 1978 he served a mission in the Houston Texas Mission. Through the years, he enjoyed serving in various church positions and had a strong testimony and belief in God and his Savior, Jesus Christ. Near the end of his church mission, he was introduced to his future spouse and eternal companion, Christine Iverson. They wed in July of 1980 and celebrated 40 years of marriage this past summer. They had 3 children, Anthony, Holli and Hannah. Kelly enjoyed doing family history, fishing, hunting, home improvement projects, visiting the ocean and barbequing. He fought a long and difficult battle with PF. During this time his motto became, “endure to the end” which he did valiantly until his passing. In his final years, he was most comforted by spending time with his family and dogs, Goldendoodles: Mable and Gracie. He was a genuine, loving and funny individual and will be greatly missed by many. Kelly was predeceased by parents, Fred & Grace, brother Tom, sister Sharon and granddaughter Henley. He is survived by wife, Christine, children, Anthony, Holli (Kyle), Hannah and grandsons Grayson and Tate . He is also survived by his siblings, Betty, Fay (Marvin), Janet (Nick), Paul, many nieces and nephews and other extended family. Due to recent COVID restrictions, Kelly’s close family and friends celebrated his life with a funeral on Wednesday, December 2nd. He was laid to rest at Royal Memorial Gardens in Royal City, WA. His family would especially like to thank everyone that has helped and prayed for Kelly the last couple of years.

The family of Kelly Robert Chisholm created this Life Tributes page to make it easy to share your memories.