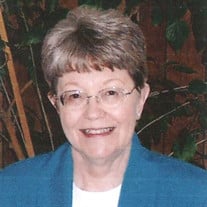 Kathleen Parker Frank (Kathy) was born in Idaho Falls, Idaho, a daughter of Russell Dale Parker and Jewel Tyler Parker, and lived there the first eighteen years of her life. She graduated from Bonneville High School in 1960 and then attended Ricks College in Rexburg, Idaho where she earned an associate degree in Nursing and her RN credentials. She then attended Utah State University acquiring a Bachelors Degree in nursing. She began her nursing career working at LDS Hospital in Salt Lake City, Utah and then moved on to the Utah State Department of Health. On June 6, 1968 she married James E. Frank in the Idaho Falls LDS Temple. Jim’s employment took them to the Caldwell, Idaho area where Kathy found employment at the Caldwell, Idaho Hospital. Continuing to follow Jim’s employment she next worked at the Council, Idaho Hospital for six years. Next came a move to Moses Lake in 1979 where she worked at Samaritan Hospital and then Home Health where she retired from Nursing. Kathy began her family with the birth of her daughter, Trina Joy, on June 19, 1969. Her family grew with the birth of another daughter, Cathy Sue on July 1, 1970, a third daughter, Nichole Larae on March 1, 1975, and a son, James Benjamin on September 22, 1979. Kathy became an accomplished pianist and organist serving in many musical positions in The Church of Jesus Christ of Latter Day Saints. She also played Piano and Harpsichord in several performances of the Handel Oratorio “Messiah” at Big Bend Community College. Beginning at age 16 she was the church organist in her church for most of her life. Kathy also enjoyed associating with the members of Tops WA #1082. In her church she also taught several different Primary (young aged) children’s classes; young women’s (teen age) classes; and was President of her church Women’s Auxiliary, the Relief Society, three different times. She also served as an ordinance worker in the Seattle LDS Temple three years and the Columbia River (Tri-Cities) Temple six years. During the last years of her life she enjoyed spending time in person and on Social Media with her eight grandchildren: Anne Marie Hayward, Joshua Hayward, Hannah Hayward, Robert Hayward, Frankie Hayward; Audrey Carriger, Ethan Liam Carriger; and Lincoln Siv Frank. Her hobbies included, besides piano and organ, sewing; crocheting; scrapbooking; photography; gardening; and indexing family history records. Kathleen passed away on Thursday, July 28, 2016 at her home surrounded by family in Moses Lake. Her Funeral services will be held on Thursday August 4, 2016 at the LDS chapel at 925 N Grape Drive in Moses Lake with the Viewing from 9:00 to 9:45 A.M. and the service at 10:00 A.M. Interment will be in Guarding Angels Cemetery, 2595 Road L NE, Moses Lake.

Kathleen Parker Frank (Kathy) was born in Idaho Falls, Idaho, a daughter of Russell Dale Parker and Jewel Tyler Parker, and lived there the first eighteen years of her life. She graduated from Bonneville High School in 1960 and then attended... View Obituary & Service Information

The family of Kathleen "Kathy" Frank created this Life Tributes page to make it easy to share your memories.