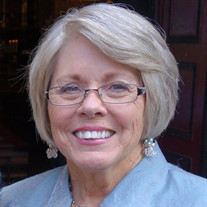 Karen Ann Kinder, 69, resident of Kennewick and formerly of Warden passed away peacefully on Friday, April 14, 2017 at home, her family at her side. Visitation will be from 8:30-9:30 am Monday April 24th at Our Lady of Fatima Catholic Church. Holy Rosary will begin at 9:30am with Mass of Christian Burial starting at 10am. A luncheon will immediately follow the Mass at the Fatima Center. Interment will follow the luncheon at 1:00pm at Sunset Memorial Gardens in Warden. Please sign the online guestbook or leave a note for family at www.kayserchapel.com. Arrangements are in care of Kayser’s Chapel & Crematory. Karen was born in Tacoma, Washington on October 21, 1947. She is preceded in death by her parents William T. Good and Barbara J. Good (Munro) and her sister Kathleen Good. Karen’s early years were spent moving many times with her family, living in Moscow, ID, Newport, RI, and the Florida Keys, finally settling in Aberdeen, Washington for her early school years. She attended St. Mary’s Elementary School where she met her lifelong friend Lila Ellis. When she was in junior high school the family relocated to Warden, Washington where her father was superintendent of schools and where she met her future husband Jerry Kinder. She graduated from Warden High School in 1965. Karen’s family moved to Whidbey Island in 1970, the same year she and Jerry were married. Karen and Jerry first lived in Spokane then moved back to Warden where they started farming with Jerry’s dad and soon after began raising their family. She worked for a short time at the Warden School District, was a homemaker for a number of years, then worked for Monsanto for 29 years, retiring in 2010. She lived in Warden for 52 years, before moving to Kennewick in 2015 to be closer to her cherished grandchildren. While raising her family she was very involved with the kids as a 4-H leader, pee-wee soccer coach and teaching the youth at church. She was a lifelong gardener and loved her flower and vegetable gardens. After she retired, she volunteered at the soup kitchen in Moses Lake where she made many friends. Everyone she met immediately felt her kindness and thoughtfulness. She made everyone feel welcome and part of her family. She will be remembered for her selflessness and generous heart. Karen is survived by her husband Jerry Kinder; son and daughter-in-law, Tom (Kristel) Kinder and two grandchildren, Isaac and Joseph, all of Kennewick; daughter Heather Kinder and life partner, Lance Goetz of Portland, OR; brother Bill Good of Marysville, WA; sister Debbie (Victor) Medinaof Covington, WA and Laurie (Ron) Strempel of Clinton, WA and numerous nieces and nephews.

Karen Ann Kinder, 69, resident of Kennewick and formerly of Warden passed away peacefully on Friday, April 14, 2017 at home, her family at her side. Visitation will be from 8:30-9:30 am Monday April 24th at Our Lady of Fatima Catholic Church.... View Obituary & Service Information

The family of Karen Kinder created this Life Tributes page to make it easy to share your memories.

Karen Ann Kinder, 69, resident of Kennewick and formerly of Warden...