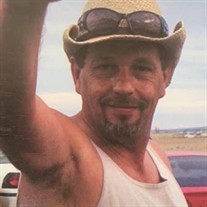 Jason “Jay, Dad, Grandpa” E. Van Ness Jason E. Van Ness age 53, of Moses Lake, WA unexpectedly passed away on Friday March 13th, 2020. Jay was born to Jerry and Alice (Kelly) Van Ness in Missoula, Montana on January 18th, 1967. At a young age Jay and the family moved to Washington where they established a home. Jay was the youngest Son of Jerry and Alice’s two boys, and later in childhood was the youngest son of the blended family that was built when his father Jerry was remarried to Charlotte Van Ness (Osborn). Jay grew up on the farm tending to animals, chores, fixing equipment and developing his mechanical abilities. Outside of the farm life, Jay was an adventurous child and teen, pursuing typical and sometimes wild teen mischief and adventures. Jay built friendships from all walks of life and carried each of his friendships along with him. Jays biggest love and treasure was his family. Jay would have a twinkle in his eye and always say how he loved having everyone together. Jay loved to have everyone around a bonfire, on a camping trip or even just gather for a simple weekend hang out. Jays family not only consisted of the people he loved but it included the animals he loved. Jay had a strong bond and admiration for animals. Jay tended to small animals and large livestock, not one being any less important than the other. Jays biggest animal companion was his dog “Ratch” or as Jay would always call him, “Dog”. Jay loved loud music (specifically ACDC), Off Roading, Scouts, Jeeps and just about anything that he could hop in to set out on a good adventure. Jay’s love for creating, building and playing was contagious, you couldn’t help but feel like you could do anything or be anything after having a conversation with him. Jay made people around him feel loved, important and included. Jay left this world, his family and this life far too soon. The love and impact he had on each of us will live on forever. Jay was preceded in death by his Father Jerry A. Van Ness, Stepmother Charlotte Van Ness (Osborn), Mother Alice Kelly, Stepsister Kay Laffranchi and his best dog companion, Ratchet or “Dog”. Jay was survived by his Daughter Stephanie Van Ness (Austin Plaisted), his seven grandchildren Braxton, Ellie, Jerred, Brayden, Caleb, Kaidence and Gaige. Partner Laura Smith and her three children, Chelsea, Dusty and Cody. Only Brother, Jeffrey Van Ness (Kathy), Nieces; Trish Grubb (Josh) and children, Teri Van Ness (Cody) and children, and Caitlin (Dylan) Brimberry, Step sisters; Raelene, Betty and Cheryl, Half Sisters, Dee and Anita and many other family members extending from Washington all the way to Montana. The family has decided that there will be a private send off for Jay, and then a public send off to be announced at a later date.

The family of Jason Eric Van Ness created this Life Tributes page to make it easy to share your memories.