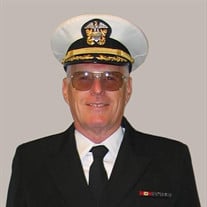 James Robert Irwin, MD, 79 passed away with his family at his side at his home in Moses Lake on June 30th. Dr. Irwin was born October 11, 1940 to J. Walter Irwin and Nelle Moore Irwin in Pittsburgh, PA. James graduated from Miami High. Amoret, Mo. He attended Sterling College in Sterling, KS. He then attended the University of Kansas School of Medicine, Kansas City, KS. He interned at Deaconess Hospital, Spokane, WA and then went to Iowa Methodist Hospital, Des Moines, IA for a surgical residency. During the summer months he worked for the US Forest Service in Northern Idaho to pay for his college education. The summer of 1961, Jim was introduced to Frances at a picnic at Manito Presbyterian Church. It was truly a love created by God at that first meeting. After Frances graduated from her School of Nursing at Deaconess Hospital and Whitworth College, they married in Sequim, WA on June 12th, 1964. The young Irwin’s first summer was at Spyglass Look Out in North Central Idaho. They then moved to Kansas City where Jim continued his Medical School Education. Between Jim’s Junior and Senior year of Medical School the couple served a summer in mission in Pokwo, Ethiopia. This cemented their desire to serve others as God had called them to serve. After internship and residency, Dr. Irwin served two years as the Chief of Surgery at US Navy Hospital, Whidbey, Oak Harbor, WA. The couple applied for oversea medical mission service with the United Presbyterian Church USA and went to Ganta, Liberia for seven months. They then went to Kenya. Due to changing times they were not able serve in the mission as planned and returned to the United States. Dr. Irwin chose to open a surgical practice in Colville, WA where he served for 13 years. He was one of the founding members of Northeast Washington Medical Clinic. Nearly 32 years ago Dr. Irwin moved to Moses Lake, WA and opened Irwin Surgical Group. He quickly became appreciated for his surgical skills and his leadership in the Central Basin. Throughout his career he cared deeply for his patients whether that meant meeting a rancher after hours for a few stitches or praying by a patient’s bedside at 3:00 AM after emergency surgery. His patients had a great appreciation for the care he gave. At age 62 he was called up, as a Navy Surgeon, to go to Iraq as a Navy Reserve Officer. He retired as Captain after 40 years of military service January 2004. Dr. Irwin retired from active surgical services in 2013. His last years at Samaritan Healthcare he served as Chief Medical Officer. His final years he served as a consultant with of Office of Social Security Disability, Although always dedicated to his patients and family, he served his community through Kiwanis, Chamber of Commerce and Columbia Basin Cancer Foundation. His hobby was his Arabian horses and Endurance Rides. He was a member of the American Endurance Ride Association and rode approximately 4,000 miles in competition. Dr. Irwin also enjoyed riding his motorcycle. For his 70th birthday, he and his son Paul rode the Four Corners Tour of the USA. They rode 11,000 miles in 21 days, finishing the four corners in 15 days. Dr. Irwin was very active in the Stevens County Medical Society, the Grant Adams County Medical Society and Washington State Medical Association. He was a Fellow in the American College of Surgeons. He served as Ruling Elder in the Presbyterian Church, serving locally, within the Presbytery, the Synod of Alaska NW and the General Assembly of the denomination. He was an active member and Elder of First Presbyterian Church, Othello. Dr. Irwin was an original member of Moses Lake Medical Team which began to make medical missions trips to Nigeria in 2008. He completed 14 trips to Nigeria, providing surgical services to hundreds of patients in need. He enjoyed teaching nurses and physicians improved surgical and medical skills. Dr. Irwin is proceeded in death by his parents J. Walter Irwin and Nelle Moore Irwin and his four brothers, Dr. Glenn M. Irwin, Rev. John W. Irwin, Rev. Dave P. Irwin and Bill H. Irwin. He is survived by his wife of 56 years, Frances D Irwin, sons Timothy R. Irwin and wife Jenny Irwin, Paul E. Irwin and wife Kristine Irwin, Grandchildren, Shelby and Kyle Swanstrom, Andrea Irwin, Craig Irwin, Zackery and Mallory Friedbauer, Joseph and Midori Friedbauer, Dane and Jazzmin Friedbauer and Kiah Irwin. Two “sons” joined the family, Nyeswa Jarboe originally from Liberia, Africa and Stacey A. Scott. He has three Great Grandchildren. He has numerous nieces and nephews, and two living sisters in laws. Memorials can be made to Moses Lake Medical Team, Umpqua Bank, Moses Lake, Presbyterian Church (USA) Mission Ministries, P O BOX 643700 PITTSBURGH, PA 15264-3700 or Samaritan Foundation, 801 E. Wheeler Rd. Moses Lake, WA 98837 Interment will be at Tahoma National Cemetery, Thursday, July 9th. A virtual Memorial Service will be held at a date to be announced. Please check the Kayser Chapel of Memories web page as to when the memorial service will be available for virtual access. A Police Officer escorted parade will be held Thursday, July 9th at 6:30 AM on West Broadway as Dr. Irwin’s casket leaves Moses Lake. The community is invited to stand along Broadway Avenue to bid Dr. Irwin a final farewell.

James Robert Irwin, MD, 79 passed away with his family at his side at his home in Moses Lake on June 30th. Dr. Irwin was born October 11, 1940 to J. Walter Irwin and Nelle Moore Irwin in Pittsburgh, PA. James graduated from Miami High. Amoret,... View Obituary & Service Information

The family of James Robert Irwin created this Life Tributes page to make it easy to share your memories.

James Robert Irwin, MD, 79 passed away with his family at his...