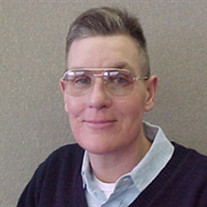 James D. Haley was born November 11, 1952 in Yakima, Washington to David E. & Billie Jean Haley. Jim passed away on December 27, 2018 due to complications of Multiple Sclerosis. He was 66 years old. Jim grew up in Ephrata, Washington and graduated from Ephrata High School in 1971. He received a Humanities scholarship to Central Washington State College and attended there for a year. He then transferred to Oral Roberts University in Tulsa, Oklahoma. Jim traveled to Israel for 4 months in the summer of 1973 for modern Hebrew language classes, and toured extensively with the Historical Geography of the Bible class taught at the Institute of Holy land Studies, located on Mt. Zion in Jerusalem. Jim earned his Bachelor’s degree in 1975 in Old Testament and Ancient Near Eastern Languages. He learned modern and biblical Hebrew, Greek, and Aramaic. Jim was accepted into the Master of Arts program at ORU, and received a Graduate Fellowship. Continuing his work in Ancient Near Eastern Languages and Culture, he studied more Hebrew, Greek, and Aramaic, plus Babylonian cuneiform, and Egyptian hieroglyphics. He earned his M.A. degree in 1979. He worked for the Housing Authority of Grant County in Moses Lake to earn money to continue his studies and pursue another M.A. in Jerusalem. Jim left for Israel in 1984, and lived there for nearly 4 years, initially on Mt. Zion just outside the Old City walls, and then on Mt. Gilo, halfway between Jerusalem and Bethlehem. While earning his second master’s degree in Modern Middle East Culture and Languages, Jim visited Cyprus, toured Egypt, and climbed the Great Pyramid at Giza. He traveled south, to the border with Sudan, on a railroad train straight out of the 19th century. He stood on the Aswan High Dam where the Blue & White Nile Rivers come together from the heart of Africa, entering Egypt as one river. Jim befriended members of the Force Recon Marines from the American Consulate in Jerusalem and worked out with them frequently. He returned to America in 1988. He was accepted at the University of Washington for their Middle East PhD program, but while waiting for the program to begin Jim went to minister to men incarcerated at the State Penitentiary in Walla Walla. There he found his true calling as a chaplain to inmates. Instead of pursuing his doctorate, Jim devoted himself to being a prison chaplain. He ministered the gospel of Jesus Christ for more than 25 years at the Penitentiary, 6 years at the Grant County Jail in Ephrata, and at Coyote Ridge Prison in Connell. Jim was an aspiring mountaineer, climbing Mt. Baker and other Cascade volcanoes. He was an enthusiastic guitar player, and was a church musician and member of a number of area churches’ worship teams. Jim is survived by his brother Patrick Haley of White Salmon, Washington. Arrangements are in care of Kayser's Chapel. A memorial service will be held at 2:30 p.m. on Saturday, January 19, 2019 at the Faith Community Church, 1475 E. Nelson Road, Moses Lake.

James D. Haley was born November 11, 1952 in Yakima, Washington to David E. & Billie Jean Haley. Jim passed away on December 27, 2018 due to complications of Multiple Sclerosis. He was 66 years old. Jim grew up in Ephrata, Washington and... View Obituary & Service Information

The family of James Haley created this Life Tributes page to make it easy to share your memories.