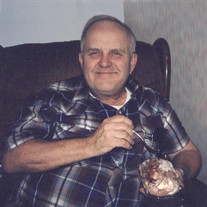 Herbert Schmidt, age 89, passed away at Samaritan Hospital of congestive heart failure, surrounded by his family on Sunday December 10th, 2017. He was born on November 15th, 1928 in Trochu, Alberta, Canada to Fred L and Elizabeth (Miller) Schmidt. He had nine siblings and is survived by three; Irene, Harold, and Terry. When he was still a young boy his family moved to North Dakota. In later years he moved to Ritzville where he attended high school. In 1935, he moved to Moses Lake and later was able to purchase some land and farm wheat. On September 26th, 1949, he married Bonnie Byam in Billings, Montana and they honeymooned in Yellowstone National Park. They just celebrated 68 years of marriage. Herb received his private pilot’s license when he was in his late 20s and had great flight stories about delivering critical parts to many of the dams in the area. He would drop parts out of the plane window or would land on makeshift runways. He loved flying with his brothers and friends through the years. Later in life he spent many years flying with his family and friends and that was one of his favorite places to be. Herb was a family man that enjoyed the time spent with his family, especially at holidays and on family trips. He loved to pass along his talents to his children and grandchildren. He was a man of many talents, he worked on his own vehicles and it wasn’t a surprise to see the children under the cars learning from him. One of his favorite hobbies was wood working. He enjoyed gardening and blessed his family with the fresh produce. His family also enjoyed his talent for music, he played the guitar, piano, accordion, harmonica, banjo, and ukulele all by ear. He loved the mountains and camping with his family and friends. He taught his sons to hunt big game, such as elk and deer. He loved the ocean where he would go crabbing and clam digging. He loved the fresh water, boating and fishing. He retired from Columbia Sand and Gravel. He was a member of Journey Church. He is survived by his beloved wife of 68 years Bonnie (Byam) Schmidt; four children – Launn (Pam Tea) Schmidt, Connie (Craig) Scott, Wade (Cindy) Schmidt, Tracy (Cheryl) Schmidt; seven grandchildren; seven great-grandchildren. Funeral services will be held on Thursday December 14, 2017 at 2pm at Kayser’s Chapel, 831 S Pioneer Way, Moses Lake. Burial will follow at Guarding Angels Cemetery. Please sign the online guestbook or leave a note for the family at www.kayserschapel.com Arrangements are in care of Kayser's Chapel & Crematory.

Herbert Schmidt, age 89, passed away at Samaritan Hospital of congestive heart failure, surrounded by his family on Sunday December 10th, 2017. He was born on November 15th, 1928 in Trochu, Alberta, Canada to Fred L and Elizabeth (Miller)... View Obituary & Service Information

The family of Herbert Schmidt created this Life Tributes page to make it easy to share your memories.

Herbert Schmidt, age 89, passed away at Samaritan Hospital of...