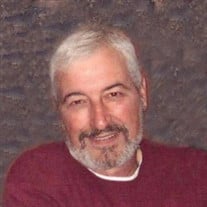 Gregory Alan Miller (73), forty-eight-year resident of Moses Lake, died Sunday July 30, 2017 at Sacred Heart Medical Center in Spokane, Washington surrounded by family. While fighting a courageous two-year battle with pancreatic cancer, Greg suffered a traumatic brain injury and succumbed to those injuries. Greg was born to Kenneth Lee and Zella Olive (Anderson) Miller in Celina, Ohio on July 3, 1944. He was raised on a small farm and graduated from Celina High School in 1962. Greg was active in a variety of sports but excelled in baseball and basketball. He was also an active member of the Grand Lake Waterski Jump Club where he became an ace slalom and trick skier. Greg went on to graduate from Ohio Northern University in 1966 where he was a member of Theta Chi fraternity. That same year Greg married Judith (Judy) Ann Brinkman. With their degrees in hand they went on to teach at Marion Local School District for three years in Maria Stein, Ohio, where Greg taught math, science and coached basketball. In the fall of 1969 Greg and Judy packed their bags to see the country and, after visiting and interviewing in different states, decided to call Moses Lake home. For thirty years Greg dedicated his life to molding the minds of Moses Lake’s youth. He taught at Chief Moses Junior High, Frontier Junior High and finished his career at Moses Lake High School. Besides teaching math, Greg coached, was the athletic ticket sales coordinator at the high school, and participated on many school district committees. He was well respected by faculty and students, who all knew him as Mr. Miller. Greg retired from teaching in 2000 to his much-loved home on the shores of Moses Lake. Raised as a farm boy, Greg wanted his own kids to have the same country-living experiences. In 1975 he found a piece of land just beyond McConihe Flats and spent years turning it into what they now call home. With great pride, Greg, with the help of Judy and kids, toiled to make sure every board was perfect. Though this took several years, Greg never missed a detail, which can be seen in the home as well as in the trees and pastures he worked so hard to create. Greg always felt a drive to serve his community and volunteer fire fighting fulfilled that desire. He was a dedicated fireman for 25 years for Grant County 5 (Company 10), fighting not only local fires and giving medical aid, but also many Northwest forest fires. This service created bonds of brotherhood that would last his life time. He was awarded Grant County 5 Firefighter of the Year in 2003. Greg’s desire for community service also led him to be very active in his daughter’s 4-H clubs, where he helped run the Grant County Western Games. He was always ready to lend a helping hand to his neighbors and friends, no matter the need. One of Greg’s favorite activities was riding horseback in the mountains with Amanda and friends. The Pasayten Wilderness was one of his favorite places to go. Being an avid outdoorsman, he also spent many hours with his son Jeff—freezing in a duck blind in winter, and slalom skiing or basking in the sun as they fished in summer. He wore out the soles of his boots as he, Jeff, and friends hunted and bagged deer and elk all around the state. Greg has always been a jack of all trades and learned how to forge his own knives, as well as flint knapping, creating more than just arrowheads, but works of art. Sitting around with friends as they chipped away at the rock gave plenty of opportunities to swap stories, which was one of his favorite past-times. Even though Greg was a man of many talents, he enjoyed mostly the simple things in life. No job was too important for him to stop what he was doing and visit with friends who came by. It was a common sight to see him with a cup of coffee in one hand, dog by his side, enjoying spirited conversation and laughter with a good friend. He especially enjoyed visiting with many friends and family a few weeks ago at a gathering in honor of his 73rd birthday. His sense of humor and enjoyment of life were contagious. Greg was preceded in death by his parents and his youngest son, Scott Randolph Miller. He is survived by his wife Judy of 51 years, daughter Amanda Jo Miller, and son Jeffrey Alan Miller. Also brother Milt Miller, sister Gwen Ley, nephew Milton Colby Miller, as well as several other nieces and nephews, great nieces and nephews, cousins, and many wonderful friends. The family would like to extend deep gratitude to those close friends and neighbors who supported and helped in so many ways these past few years as Greg, Judy, and Amanda faced all the cancer treatments, surgeries, hospitalizations, and travels to Seattle and Spokane. We are also grateful for the skilled and compassionate care he received from ambulance paramedics, Life Flight, Samaritan ER, Moses Lake Clinic, Assured Home Health, Virginia Mason, Sacred Heart, and St. Luke’s Rehab. A memorial service will be held at Moses Lake Presbyterian Church, 1142 West Ivy, Moses Lake, WA on Monday, August 7, 2017 at 2 PM. Sign online guestbook at www.kayserschapel. Arrangements are in care of Kayser's Chapel & Crematory.

The family of Gregory A. Miller created this Life Tributes page to make it easy to share your memories.