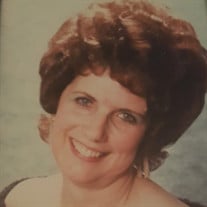 Gloria Lee Ford, born January 13, 1926 passed away March 8, 2019 surrounded by family. She was born to Homer and Enna Ford in Greenbrier County, West by God Virginia. She was the oldest of six daughters. Gloria went to school in Rupert, WV. During World War II, she married John Cadle. She and her young son, Michael moved to Florida during the war. For a time, John was serving overseas in the China-Burma-India theatre and was reported missing during this period. The family was reunited after the war and returned home to West Virginia. Daughter Diana was born in 1947. John worked in the coal mines. Gloria worked as a seamstress. They were active members of the Young Republicans and supporters of President Eisenhower. John developed “Black Lung” in the late 1950’s and the family moved to the high desert of California for his health. Gloria worked two jobs to support the family while John recuperated. The family settled in Barstow, Ca. Gloria attended Barstow Junior College and many trainings and classes for her job as a logistics analyst. Gloria and John worked for the civil service at Ft. Irwin, Marine Corps Logistics Base Barstow, and Ft. Lewis, where she retired in 1986. John & Gloria enjoyed traveling across country in their RV’s. They often took their grandchildren, Shelly & Donny with them. Their grandchildren spent many summers with them traveling the highways picking apples, collecting sea shells, and learning to play cards and dominoes. Wanting sunshine every day, they returned to Barstow in 1987. They lived in Barstow until 2004 when they moved to Moses Lake to be closer to their daughter, Diana Williams and grandchildren. She loved sewing dresses for her granddaughter and great granddaughters. Her great grandchildren were able to ride their bikes over and get cookies and dill pickles after school. John passed in 2006. Gloria met Richard Findlay at church where they began a friendship. The couple was married after a year of courtship. During their marriage they had many adventures traveling across the United States to the east and west coasts visiting family and taking in the sights.Their first trip included a flight to Raleigh, NC. They were met by Gloria’s nephew Dale Tincher and family. Dale traveled with them to West Virginia to introduce Richard to the family. One of their fondest trips was traveling to Marine Corps Base Camp Pendleton in Oceanside, CA to watch Richard’s grandson Shane Watson graduate from Marine Corp basic training. The couple continued to travel with stops in Hudson Bay, VA to visit Richard’s cousins and to Kansas to visit Richard’s daughter Diane Finch. Several trips to Arizona and San Antonio, TX to visit Gloria’s sister Lynn followed. While in Moses Lake, Gloria and Richard enjoyed visiting with friends, family outings, cooking and attending Moses Lake Methodist Church. Family was the focus. Once she fell ill, traveling became difficult. She was cared for by her husband Richard, daughter Diana, and great granddaughters Katrina and Kassandra. Gloria was preceded in death by her first husband John Earl Cadle, her son Michael Cadle and his wife Barbara, her parents, sisters Leora Tincher, Jewell Barnett, and Gaye Crouch. Gloria is survived by her husband Richard; her daughter Diana and son in law Don Williams of Moses Lake, granddaughter Michele and husband Tom Cram of Moses Lake, grandson Don Williams and Lisa Waters of San Marcos, CA; great grandchildren Katrina Cram and Baldemar Bravo, Courtney Cram, Kassandra and husband Jacob Malecha, Matlyn Williams, Mason Williams, Emma Williams; great great grandchildren Zachary Bravo, Jackson Malecha, and Leon Bravo; sisters Lynn Bartleson and Colleen and husband Gordon Clarke and numerous nieces and nephews. A memorial service will take place at Moses Lake Methodist Church, 746 S Ironwood March 14th at 11:00 a.m. She will be buried at Ephrata Cemetery.

Gloria Lee Ford, born January 13, 1926 passed away March 8, 2019 surrounded by family. She was born to Homer and Enna Ford in Greenbrier County, West by God Virginia. She was the oldest of six daughters. Gloria went to school in Rupert, WV.... View Obituary & Service Information

The family of Gloria Cadle-Findlay created this Life Tributes page to make it easy to share your memories.