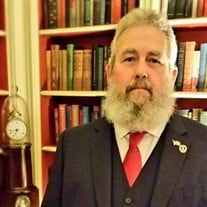 MSgt Gary A. Azevedo, USAF (Ret.), 62, of Ephrata, Washington, peacefully passed on December 08, 2020 at his home surrounded by family. Gary is survived by his three children; Wayne Azevedo, Michelle (Terry) Judy, and Tammy (David) Bruton; and his two sisters, Pamela (Andy) Azevedo and Linda (Dave) Azevedo; and a number of cherished grandchildren and extended family. Gary was born in Kansas on September 09, 1958. He served honorably in the United States Air Force, at home and abroad, receiving various commendations and accolades. Two examples include a Meritorious Unit Commendation from the Secretary of the Navy for "service in the execution of coordinated flight operations in support of national security objectives" against Libyan terrorist organizations while assigned to the 48th Tactical Fighter Wing, and a Certificate of Recognition from the Secretary of Defense for his service during the Cold War. After military retirement, Gary became a valued employee of the Federal Aviation Administration in Moses Lake, WA. Gary received an Associate in Arts degree from the Community College of the Air Force, as well as from the University of South Carolina. He was a devoted son, brother, father, and grandfather. He enjoyed classic rock, antique clocks, and Louise Brook, but was passionate about his family, friends, and country. He was always willing to accept any challenge, determined to overcome any life obstacle, lend a helping hand, and was a man of powerful advice. He will be deeply missed by all of those that loved him. "Some are bound to die young. By dying young, a person stays young in people's memory. If he burns brightly before he dies, his brightness shines for all time." - Aleksandr Solzhenitsyn Gary will forever shine! In lieu of flowers please make a donation to Columbia Basin Cancer Foundation in Gary’s honor. On Wednesday, December 16, 2020 from 8:00 a.m. to 5:00 p.m. there will be a time of private reflection for those who would like to stop by Kayser’s Chapel of Memories, 831 South Pioneer Way, Moses Lake, WA.

The family of Gary Allen Azevedo created this Life Tributes page to make it easy to share your memories.