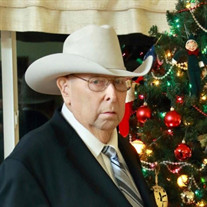 GARTH ARLO GUNTER Garth Arlo Gunter passed away on Sunday, November 28, 2021, at Samaritan Hospital in Moses Lake, Washington, surrounded by as much of his family as Covid regulations would allow. He battled for nearly two years with various health issues with his heart, a pernicious infection, and grievous shoulder issues. Garth was born on January 13, 1942, in Pocatello, Idaho, to Arlo and Melba Bennett Gunter. In the next few years, two more brothers were born Alan and Jay. In ???, the family moved from their home in Arimo, Idaho, to Pullman, Washington where Arlo intended to get a degree in architecture. However, Arlo’s love for farming won out when the announcement was made of farming opportunities in the Columbia Basin. Arlo drew his allotment in Block 11 near Connell, Washington. Garth loved everything about farming as did his brothers. The family broke the ground and created a wonderful farm after several years of hard work. Garth learned many lessons from his father and the arduous life they lived in the early days. He taught his own boys the lessons learned from his dad. He graduated from Connell High School in 1960 and went to Ricks College the year following. He served a mission in the Eastern States Mission. In September 1965, he took the opportunity to go to a single adult activity rather than start the harvest with his dad. The event was held in a state park in Anatone, Washington. There he met, and, in his own words, fell instantly in love with a girl who walked perfectly in her very spiked high heels across the dance floor. This remarkable person was Joan Whitby from Pasco. Just a week later, he proposed marriage and she accepted. They were married on April 28, 1966, in the holy temple in Idaho Falls, Idaho. After they married, they lived in a big house in Connell where he worked for Connell Grain Growers and Joan taught school at Connell Jr. High. A year later, a job opening allowed them to move to the Royal Slope. He worked as a ditch rider for the Bureau of Reclamation for a year. When the Quincy-Columbia Basin Irrigation District (QCBID) acquired the responsibility for the project he went to work for them. After several years of working as a ditch rider and relief rider, he took a job as assistant manager of the Adco Watermaster Section. The family which now included three children: Julirae, Janeen, and Joe with Jeffrey on the way moved to the Adco Watermaster Section. Those were magical years as they adjusted to life way out of town. They spent four years at Adco and added Jaime to the family. In 1977, they returned to the Royal Watermaster section where Garth worked as a manager. After working with a fantastic crew in Royal, Garth accepted the job of Assistant Manager of QCBID and drove to Quincy every day until his retirement. They lived in Royal Camp where a caboose, Jennifer, joined the family. All six children graduated from Royal High School. Joan taught school in the Royal School District. They were active members of the Royal First Ward. Joan taught school until her retirement. For 40 years, Garth was the chief of the Royal Fire District 10 and an EMT. He absolutely loved the wonderful volunteers and the job of Chief. In March 2009, Garth and Joan left their family and served a mission for the Church of Jesus Christ of Latter-day Saints in the New Hampshire Manchester Mission which comprised most of Maine, all of New Hampshire and Vermont, and a small area of Massachusetts and New York. They spent their time in Vermont which they learned to dearly love. They microfilmed death records which benefitted both the state of Vermont and the Family History Library. Garth almost single-handedly remodeled several rooms of their home. He was a master craftsman. Garth was a stalwart member of the Church of Jesus Christ of Latter-day Saints and, though his testimony of its truthfulness was not often shared out loud, it was strong and true. He served many years as the Sunday School president. Garth and Joan served as temple workers in the Columbia River Temple before and after their mission. At the end of his life, Garth fought to become well and able to serve in the Moses Lake Temple, but the Lord needed him elsewhere. Garth was a cowboy through and through. Always a gentleman, he lived the Cowboy Way. He was extremely attached to the Stetson given to him when he retired. He wore cowboy hats in summer and winter and loved Western movies. Every working day of his life he ironed and starched one of his favorite cowboy shirts. Garth was preceded in death by his parents Arlo and Melba. He is survived by his wife Joan, his brothers Alan (Linda) Gunter and Jay (Carol) Gunter; six children Julirae (Brandt) Castleton, Janeen Wright, Joe (Jennifer) Gunter, Jeffrey (Mike) Gunter, Jaime (David) De la Rosa and Jennifer Neal. His posterity includes 30 grandchildren and 24 great-grandchildren. His doctor explained that he lived as long as he did because of the great love and care given by his family. His service will be at 11:00 AM on Friday, Dec 3 at the Royal Chapel of the Church of Jesus Christ of Latter-day Saints located on Christensen Road in Royal Camp. Public viewing will be from 9:00 AM to 10:45. Burial will follow at Royal-Memorial Gardens in Royal City.

GARTH ARLO GUNTER Garth Arlo Gunter passed away on Sunday, November 28, 2021, at Samaritan Hospital in Moses Lake, Washington, surrounded by as much of his family as Covid regulations would allow. He battled for nearly two years with various... View Obituary & Service Information

The family of Garth Arlo Gunter created this Life Tributes page to make it easy to share your memories.