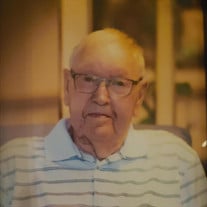 FLOYD O. SWENSON was born on May 12, 1921 and passed away on December 1, 2020. He was the second child of four born to Edward and Eunice Swenson in Alberta, Canada, where the family lived at the time. His grandparents, Ivar and Ingri Svendsen, immigrated to the US from Norway eventually settling in Minnesota on a landgrant signed by Ulysses S. Grant. Floyd’s dad later moved to Alberta then to Deary, Idaho when Floyd was four until he graduated from high school. During the time of World War II, he moved to San Diego to work as a machinist for an aircraft factory to serve in the war effort. Soon after, Floyd enlisted in the Army Air Force and was part of the team of pilots who shuttled returning US warplanes back to the US from various places in the Pacific theater of WWII. After his enlistment, Floyd returned to Idaho and worked in the building construction industry where he progressed quickly within the trade. In 1949 he married Mary Fram, a U of I professor, and in 1952 they moved to the growing Moses Lake area where the construction industry had opened many new opportunities. They began their lives by first settling in the housing project called Victory Village (now McCosh Park), then Floyd built the family home in the Lakeview Terrace area. Floyd was a bright, talented construction engineer and with only a high school education he taught himself both advanced mathematics and engineering from books. Over the 1950s-60s he built several homes and buildings in the Moses Lake area including the Moses Lake Library. During the 1960s, Floyd taught himself bridge construction and many of his structures exist today in the Northwest including bridges, train trestles, overpasses and more. In 1970 Floyd married Gloria Dennis, continued bridge building and being active in community service as a member of Lion’s Club, Allied Arts and Basin Community Concerts. Floyd and his wife traveled the world, logging in 99 + countries. In 2018 Floyd enjoyed his last overseas adventure to the Panama Canal along with his two daughters and grandson Joe. Floyd’s love of golf led him to courses around the world, but his favorite was the Moses Lake Country Club and his best partners his grandsons. His last game was in 2017 when he was 96. Floyd shared his love of flying and connected with his grandchildren through stories and adventures. Floyd was preceded in death by his parents, his wife Gloria, and his siblings Viola, Roy and Art. He is survived by his children Ed (children Sarah, James-3 ggrand), Maggie (children Mike, Leslie, Joe—8 ggrand, plus children Jackson, Tyler, Dillon, Anna, Delanie, Mia), Ann (children Stephen, Nathan) and his step-daughter Kelly (children Adrian, Angela, Jordan, Merrick—7 ggrand) and stepson Dan, deceased (Corey). A memorial service will be held at later date. The family asks memorial gifts to be sent in his honor to the Moses Lake Public Library Foundation, POB 1114, Moses Lake, WA 98837

FLOYD O. SWENSON was born on May 12, 1921 and passed away on December 1, 2020. He was the second child of four born to Edward and Eunice Swenson in Alberta, Canada, where the family lived at the time. His grandparents, Ivar and Ingri Svendsen,... View Obituary & Service Information

The family of Floyd O Swenson created this Life Tributes page to make it easy to share your memories.