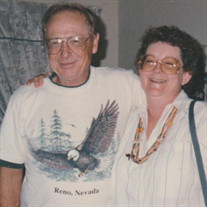 Elwin Dean Morris, beloved husband, father and mentor, passed away early in January of 2022 at the age of 80. He is survived by his wife of 54 years, Diana Lynn Morris, sons Kelly and John, brothers Ron and Rick, sister Joyce, seven grandchildren, two great grandchildren, and many nieces and nephews. Born in 1941 to Clyde and Rose Morris in Wheatland, Wyoming, he spent his early years working in the fields of Western Kansas. From an early age, he and his siblings helped work the fields of both family and neighbor’s farms. By the early 1950's he and his family moved to the town of Othello, Washington. He continued to work on local farms and ranches and cultivating a love of the outdoors. During his time in Othello, he became an Eagle scout, hiking the ridge line of the Saddle mountains all the way to the Columbia River. He graduated from Othello high school and excelled in wrestling. Elwin joined the U.S. Navy after graduation and became a sonarman on the U.S.S. Mahan, a Navy destroyer class vessel. He toured the Far East Pacific visiting Japan, the Phillipines, Hong Kong, and Shang Hai. He was aboard the U.S.S. Mahan as it became the first American Naval vessel to navigate the Mekong River up to the city of Saigon. He returned to his family in Othello after his service in the Navy. Here, he met his future wife, Diana Lyn. They were married in 1967 and moved to Moses Lake where they had their first child, Kelly. They would later welcome son John and daughter Wendy. Elwin began working for American Potato Company, later Basic Foods. He would work the company for 29 years as an electrician. He was active in his community, regularly volunteering with the Red Cross and the Moses Lake Park and Recreations department. He would become certified in and teach Industrial First Aid and Safety at Big Bend Community College. Elwin never lost his love of adventure. He was an avid rock hound, hiker and camper. He and his family shared many interesting adventures, panning for garnets in Idaho and Montana, mining opals in Nevada, even hunting for dinosaur fossils in Utah, Colorado, and Wyoming. Summers were always filled with trips to many of the wonders of the wilds of the West. Indeed, it was this sense of adventure that led Elwin and the family on an epic trip by bicycle from Moses Lake, WA to Anaheim, CA, a journey of more than 1300 miles and 24 days in 1982. Elwin retired early, and though his children had grown and moved on with their lives, he and Lynn continued to their adventures. They traveled via RV across the United States, visiting with old friends and tracing their families roots. They made many new friends along the way. They became regular snowbirds, making good friends to this day in Laughlin, NV and Parker, AZ. Elwin was a strong, intelligent, and easy-going person. People often remarked that, he never met a stranger, only a friend he hadn't met yet. He was always confident and assured, a natural leader who led with a quiet authority. He was a loving father and husband. He will be dearly missed.

Elwin Dean Morris, beloved husband, father and mentor, passed away early in January of 2022 at the age of 80. He is survived by his wife of 54 years, Diana Lynn Morris, sons Kelly and John, brothers Ron and Rick, sister Joyce, seven grandchildren,... View Obituary & Service Information

The family of Elwin Dean Morris created this Life Tributes page to make it easy to share your memories.