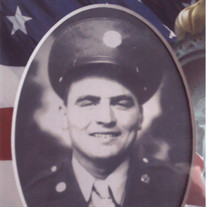 Edgar Joseph Worsham, Jr. Ed Worsham, 96, was born on August 8, 1921 to Edgar Joseph Worsham, Sr. and Sally Worsham in Dallas, Texas. Ed went to be with the Lord on Saturday morning, December 16, 2017. Ed attended Longview High School in Longview, Texas where he was the starting quarterback on the Lobos football team which won the 5A state championship on Christmas Day in 1937 in the Cotton Bowl, LHS’s only football championship. Ed fought in WWII from 1942-1945 as a member of the Army Signal Corps, fighting alongside Merrill’s Marauders across Burma. In February 1946, Edmet and married Gladys Norwood. She was his loving wife foralmost 70 years until she passed away in December 2015. Ed’s parents and his three sisters, Rachel Aycock, Thelma Roberts and Sally Lou Redman also preceded him in death. Following the war, Ed spent time as a lineman stringing the power lines across southern Washington State. After intensive training at Bonneville Dam for two years, he became a powerhouse operator at Chief Joseph Dam at Bridgeport. He concluded his working career as an operator/shift supervisor at John Day Dam in The Dalles, Oregon. His hobbies and volunteer activities were punctuated by reviving the little league and Babe Ruth baseball programs in Bridgeport, where he coached successfully for many years. He was also an active deer and goose hunter. He became a talented golfer, scoring two “Holes in One” during his golfing adventures. Ed was a highly regarded football referee and baseball umpire for many years. He and Gladys were “Snowbirds” for many years, spending winters in Wellton, Arizona. Survivors include son, Joe (Jeanne) of Soap Lake and daughter, Gloria (Dan) of Kelso, Washington. He also leaves six grandchildren and eight great-grandchildren. Ed’s final resting place will be the Washington State Veterans’ Cemetery in Medical Lake. A “Celebration of Ed’s Life” is being scheduled for early summer where family and friends will be able to convene and regale the many tales regarding Ed. Please sign the online guestbook or leave a note for the family at www.kayserschapel.com Arrangements are in care of Kayser's Chapel & Crematory.

The family of Edgar "Ed" Worsham Jr. created this Life Tributes page to make it easy to share your memories.