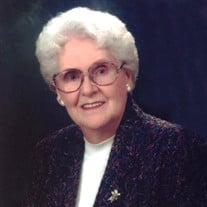 Doyne Hall Bailey Infanger Palmer was born April 21, 1928, in Thomas, Idaho, to Thomas Kerr and Orva Hall Bailey. Both her parents were school teachers and Doyne was an excellent student. Because she was advanced a grade ahead as a young child, she was barely 17 when she graduated from Blackfoot High School in 1945. Doyne married Reece Iverson Infanger in 1946; divorced in 1957. As a single mother with four children, she enrolled at Idaho State College (now Idaho State University); after four years, she graduated in 1961 with Bachelor of Arts Degrees in Education and Sociology. After Doyne graduated from college, the family moved from Pocatello, Idaho, to Moses Lake, Washington, where she started teaching for Moses Lake School District, in fall of 1961. After completing two years of teaching, she enrolled at Washington State University and spent 1963-1964 in Pullman, Washington, where she earned a Master’s Degree in guidance and counseling. Doyne taught three more years before she started a 22 year career as a junior high school counselor. In her capacity of a classroom teacher and school counselor, she made a positive impact on many young lives. In 1988 Doyne retired from Moses Lake School District. Survived by her three children: Craig Infanger and his wife, Janis, of Gilbert, Arizona; Tamara Infanger Springer and her husband, Alan, of Draper, Utah; and Hollis (Holly) Moos and her husband, Barry, of Moses Lake, Washington. Also survived by 16 grandchildren, 52 great grandchildren and 3 great-great grandchildren; a step daughter, Joni Palmer Smith; and two brothers, Brent Bailey of Moses Lake, Washington, and Nyle Bailey of Blackfoot, Idaho. Doyne was preceded in death by her husband, John C. Palmer, in 2012, and a daughter, Krista Infanger Robinson in 2011. Member of the LDS Church. Doyne had been living at Brookdale-Hearthstone Assisted Living for the last five years. Per Doyne’s specific request, only a graveside service will be held. The service is scheduled for Tuesday, November 28, 2017, at 1:00 pm at Pioneer Memorial Gardens. In lieu of flowers, the family suggests donations to Assured Hospice of Moses Lake. To leave an online condolence to the family, please visit www.kayserschapel.com Arrangements are in care of Kayser's Chapel & Crematory.

Doyne Hall Bailey Infanger Palmer was born April 21, 1928, in Thomas, Idaho, to Thomas Kerr and Orva Hall Bailey. Both her parents were school teachers and Doyne was an excellent student. Because she was advanced a grade ahead as a young child,... View Obituary & Service Information

The family of Doyne Palmer created this Life Tributes page to make it easy to share your memories.