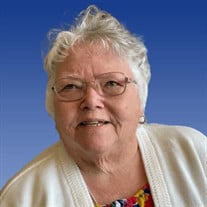 Dorothy Josephine (Snyder) Skolrud went to be with her Lord on Thursday, August 27, 2020, in Moses Lake, Washington. She was born on February 5, 1935, to Claude Paul and Beatrice Cecil (Stimpson) Snyder in Yakima, Washington. She was the youngest... View Obituary & Service Information

The family of Dorothy Josephine Skolrud created this Life Tributes page to make it easy to share your memories.

Dorothy Josephine (Snyder) Skolrud went to be with her Lord on...