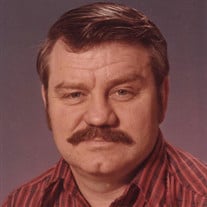 Donald E. Paine, 81, Mardon resident and formerly of Kent, Washington passed away on Wednesday, June 6, 2018 at his home with his family at his side. Donald Edward Paine was born to Ethan A. and Rachel S. Paine on March 24, 1937 in Ortonville, Minnesota. Don passed away June 6, 2018 after his fight with cancer for 4 1/2 years. he spent his youth in Ortonville, stealing the neighbor's watermelon, greasing the lower half of the rail tracks with his with his older brother at the only hill in town and making the milk run late that night (to hear him tell it, HE never did anything wrong as a child…he was a good child…). Don was baptized at First English Lutheran Church in Ortonville. In 1951, the family decided to leave Minnesota and took up residence in the state of Washington. He worked the local farms in Woodinville, Bothell, Kent, and Auburn. Graduating from Kent/ Meridian High School in 1955, Don loved to fish (the fish won most of the time) and hunt. He had a good sense until the end. He worked at The Boeing Company for 37 years, starting at the young age of eighteen and retiring at the ripe old age of fifty-five. The stories he would tell and retell (and repeat!). Don has three children, Carol Anne Paine, Patrick Alan (Marsha) Paine, and Steven Dale Paine; five grandchildren, Chelsea Renee (Paine) Rutledge (and Brett), Juliana Noelle Acosta (and Adam Jones), Ethan Vincent Paine, Lucita Ashley Acosta, and Ryan Christopher Paine; and four great-grandchildren. Survivors also include his wife, Mary Margaret Paine and her three children, Daniel Paul Orn (and Debbie Cheney), Penny Myree Kirkland (and James) and Eric Andrew Orn (and Margaret); and their children; as well as his sister, Agnes L. Grabow; brothers, Leonard E. Paine (and Karen), Richard G. Paine (and Alice) and Robert A. Paine (and Marion); many nieces and nephews; and all of their families. Don and Mary celebrated 36 years together on June 4th. A memorial service will be held at 1:00 p.m. on June 23, 2018 at Emmanuel Baptist church, 516 E. Nelson Road, Moses Lake.

Donald E. Paine, 81, Mardon resident and formerly of Kent, Washington passed away on Wednesday, June 6, 2018 at his home with his family at his side. Donald Edward Paine was born to Ethan A. and Rachel S. Paine on March 24, 1937 in Ortonville,... View Obituary & Service Information

The family of Donald "Don" Paine created this Life Tributes page to make it easy to share your memories.