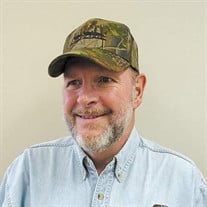 DENNIS LAUREL CLAY July 3rd 1947 ---April 9th 2020 Dennis was born in Ephrata Wa and raised in Moses Lake. He was a member of the DeMolay and became Master Councilor. He graduated from Moses Lake High School with the Great class of 1965. He joined the Army in 1966, and served for 9 years. He entered as a private, but was selected to attend Officer's Candidate School and then flight school. He became an officer and an Army aviator at 19 years old. He served one year in Vietnam where he flew Hueys and other Helicopters for the 9th Aviation Battalion of the 9th Infantry Division in the Mekong Delta. In 1968 he made the 10,000th Helo landing on the USS Benewah during the 18 months she had been operating in the brown waters of the Mekong Delta. He was awarded the Bronze Star Medal, 17 Air Medals, with one air medal awarded for every 25 combat missions, that means 425 combat missions. He soon attained rank of Captain. He also spent 18 months in South Korea as a pilot. After his Army career he returned to Moses Lake in 1975, and was employed for 30 years with Washington State Employment Security Department. His writing career began when he submitted a story to the Columbia Basin Herald in 1982. It was Published and his writing career never stopped. Dennis is an internationally known writer, photographer, columnist and broadcaster. His credits include stories published in Alaska Outdoors, Wild Sheep Magazine, British Columbia Sports Fishing, Ted Nugent Adventure Outdoors, The Outdoor Press, Boys' Life, Fishing and Hunting News and others. He has been writing an outdoor column for the Columbia Basin Herald for about 30 years. Other CBH credits include stories and photographs in Progress Editions, Strength Editions, several front page hard-news stories and the annual Hunting and Fishing Editions. His column-writing expertise has been expanded to include a weekly gardening column, during the gardening season, and a history and trivia column titled Bits & Pieces. His writings and photographs earned him numerous awards. In 1989 he won " Excellence in Craft", a black and white photo contest from the Northwest Outdoor Writers Association. His first national award was for a short story, "The Time Has Come, and Will Again," it placed first in the National Hunting & Fishing Day contest in 1991. Dennis has several awards from the Society of Professional Journalists of both the Inland Northwest and the Pacific Northwest chapters. Dennis and Rock n' Roll star and hunter Ted Nugent teamed up to place third in one SPJ Sports Reporting contest about hunting ethics. Dennis spent the last 34 years as a member of the Northwest Outdoor Writers Association, where he served on the board for 16 years and became President in 2019. He is also a member of the Outdoor Writers Association of America, has written for the Columbia Basin Herald for 29 years and was host of a KBSN radio show for 23 years. He is also a graduate of the Washington State University Master Gardener program and the Master Composter program in Spokane, WA. Dennis was named Honorary Commander of the 92nd Air Refueling Squadron for facilitating the "Lunch with the Troops" when the airmen from Fairchild AFB were stationed in Moses Lake. Three years later he was named Honorary Commander of the 36th Rescue Squadron. Every Tuesday Dennis would give of his own time and picked up food from the food bank and delivered to over 60 households, for those who where unable to get there. In 2018 he was awarded the Lifetime Achievement Proclamation from the City of Moses Lake. He volunteered in serving his country, his community and his fellow citizens his entire life. He married the love of his life Garnet Wilson Clay in 1998. For several years they attended the SHOT Show in Las Vegas starting in the 90's meeting, interviewing and taking pictures of several celebrities, they included Ted Nugent, Willie Robertson, Aaron Tippin, Sammy Hagar, Nolan Ryan, Joe Mantegna, The lone survivor, Troy Landry, Craig Morgan, Tracy Lawrence and many many many more. This year Dennis got to visit with his favorite manufacturers and see lots of new products coming out that he could not write about, like Remington and Buck knives. Dennis and Garnet went to several Tomato Heirloom Fairs where they prepared and showed off the best of the Heirloom tomatoes, which was hosted by The Cedarbrook Lodge in SeaTac, Wa. Naturally they continued camping in their favorite place Pot Holes State Park #23 which was 23 miles from their home. After his demise Garnet found out he had already reserved a fishing resort for this year, which she had to cancel. They were happily married for 21 years. He is preceded in death by his father Max N Clay, mother Enid A Clay and 2 half sisters, twins Marlene and Charlene. He is survived by his wife Garnet Wilson Clay her son Clay Wilson of Moses Lake, sister Denise Dodge of Tri Cities, half sister JoAnne Pearson (John) of Oregon, Niece Roxee Dodge Tovar, (Scott) of Benton City, 2 great nieces Kizzy Dodge and Nia Tovar and 1 great nephew Zander Dodge. ALWAYS LOVED NEVER FORGOTTEN We are proud of you and miss you Uncle Denny.

DENNIS LAUREL CLAY July 3rd 1947 ---April 9th 2020 Dennis was born in Ephrata Wa and raised in Moses Lake. He was a member of the DeMolay and became Master Councilor. He graduated from Moses Lake High School with the Great class of 1965. He... View Obituary & Service Information

The family of Dennis Laurel Clay created this Life Tributes page to make it easy to share your memories.