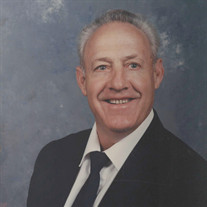 Family contact phone number: Thad Duvall - (509) 669-4855 DeMar E. Duvall DeMar E. Duvall was called home to his Savior and joined his beautiful wife Pauline Duvall on October 18, 2016 surrounded by his loving family. DeMar was born July 28, 1929 in Vernal, Utah to Alva James and Marion Alta Duvall. He had a twin brother LaVoir D. Duvall. They were the youngest of 5 children. Grandma Duvall delivered them alone at home and they were never quite sure who was the oldest twin, but we think it was DeMar. DeMar was raised in Vernal, Utah and graduated from Uintah High School in 1947. He was an excellent athlete and musician. He played the saxophone and the clarinet. He was first chair all through high school. He played by ear and many have said he had the most beautiful tone of any saxophone player. He played basketball, football, track and fast pitch softball. He worked hard on his family farm in Vernal, Utah. He served a mission with his twin brother for the Church of Jesus Christ of Latter Day Saints when he was 19 years old in the Northern States mission which included Minnesota, North and South Dakota, Ontario and Manitoba Canada. During this time DeMar met his sweetheart Pauline in Minnesota. After the completion of his mission, DeMar and Pauline fell in love and were sealed for time and all eternity on July 16, 1951 in the Logan, Utah Temple. They moved to Vernal, Utah to farm. After two months of marriage DeMar served in the Air Force during the Korean War and they lived in San Antonio, Cheyenne, and Riverside for the next two years before moving back to Vernal. In Utah DeMar farmed with his family and they had two children. In 1955 DeMar and Pauline moved to Moses Lake where he would farm with his dad and brother and later his sons. They made their happy home together raising 10 children on the farm. DeMar farmed with his son Steve Duvall up until August 2016. He was hard working throughout his life and helped everyone he could. DeMar loved playing sports and watching his children and grandchildren play sports. He especially loved football, basketball and baseball. You could count on seeing him in the stands at the Moses Lake Chief games or watching the Seattle Mariners on TV. DeMar also loved playing his saxophone and singing in his church choir. Every Thursday night he played in the band at the Senior Center and loved it! DeMar loved his mules! So many great mules and trips with beloved friends. DeMar loved the Savior Jesus Christ and Heavenly Father. He was a faithful member of the Church of Jesus Christ of Latter Day Saints. DeMar had many callings in the church. He was a Bishop twice, high councilman, stake missionary, music chairman, a faithful home teacher and many other callings. DeMar and Pauline also loved serving a couples mission in Ritzville, WA. DeMar is survived by his sister Velda Simmons of Orem, Utah, his children Thad (Becki) Duvall of East Wenatchee, Shelly (Dan) Thomas of Payson, UT, Sue Beck of McKinney, TX, Jim (Sharon) Duvall of Temecula, CA, Linda Phillips of Moses Lake, Steve (Lisa) Duvall of Moses Lake, Ann (Paul) Davis of Temecula, CA, Sheri (Clark) Anderson of Orem, UT and Cathie (Jake) Hunt of Moses Lake. DeMar had 48 grandchildren, 53 great grandchildren and still growing. DeMar loved every single one of them. He sought out each grandchild and got to know them personally. They all knew he loved them! Preceding him in death was his wife Pauline Duvall, a son Dee James Duvall, sisters Beulah McConkie, Doris Goodrich, brothers Alva Duvall and twin LaVoir Duvall, parents Alva James & Marion Alta Duvall and many more family and friends. What a sweet reunion in heaven. At age 87 DeMar was still farming, riding his motorcycle, riding his mules and playing in the band every week. DeMar was a great example to everyone. He was loving, generous, kind, talented, happy, hard working, selfless, full of life, and genuinely cared about and loved everyone he knew. He was a perfect example of integrity and Christ-like love and will be missed by all who knew him. We are so grateful to have been privileged to have him as our Father, Grandfather, Great-grandfather, Son, Brother and true friend. We will miss him dearly. We know he is watching over us and continues to be the cornerstone of our family. We look forward to being together again for eternity. Funeral Services will be held at 10:00 a.m. on Monday, October 24, 2016 at the Church of Jesus Christ of Latter-day Saints, Nelson Road Chapel in Moses Lake, WA. Viewing will be 9-9:45 a.m. at the church. Interment will be at Pioneer Memorial Gardens following the service. Please sign the online guestbook or leave a note for the family at www.kayserchapel.com Arrangements are in care of Kayser’s Chapel and Crematory.

The family of DeMar E Duvall created this Life Tributes page to make it easy to share your memories.