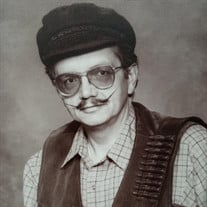 Delmar L. Olson passed away on April 12th, 2022, in Seattle. He was 89 years old. Delmar served a tour of duty in the Philippines, spent 12 years as a draftsman for the Boeing Aircraft Company, and worked at Stan's Gun Shop in Seattle for over... View Obituary & Service Information

The family of Delmar L Olson created this Life Tributes page to make it easy to share your memories.