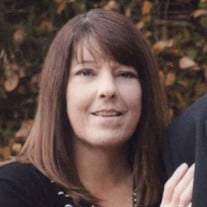 Debra (Debbie) Payne Roylance, 50, passed away peacefully in her home Aug. 8, following a brave battle with cancer. Debbie was born Sept. 16, 1966 in Salina, Utah. She was the 10th child of Val and NonaVee Payne. At 3 months old she joined her family in their move to Warden, WA, where she lived for the remainder of her life. Debbie grew up working side by side with her sisters on the Vern Smith farm where her father was the farm manager. Changing siphon tubes, hand line sprinklers and weeding sugar beets in the summer was a usual part of her young life. She made the mistake of learning how to milk the family cow and it soon became one of her regular chores. This skill proved to be helpful to her as a way to earn money for college, as she was employed by a local dairy farmer to milk his herd during her senior year of high school. Debbie earned enough money to attend Ricks College in Rexburg, Idaho. After college, Debbie returned home and found employment at the Pheasant Run gas station. It was at this time that she met her sweetheart, Clare Roylance, and they were married on Dec. 10th, 1992 in the Seattle LDS Temple. One of the happiest days of her life was the day she and Clare were able to adopt their precious daughter, Patricia. Some of Debbie’s favorite activities were crafting, baking, crocheting scarves and fishing in Sitka, Alaska (or any nearby lake!). Debbie loved her very large family. She never missed an opportunity to be in the middle of any family gathering regardless of how she was feeling. Debbie was a devout member of the Church of Jesus Christ of Latter-day Saints, and was cherished by all of the members of the Warden Ward where she selflessly served in many capacities. She offered service to all who were in need through her words and deeds, and many people were touched by her thoughtfulness. Debbie is survived by her husband, Clare, their children, Steve (Ronni), Amy, Luke, Patricia, their grandchildren, Logan, Sarah, Dylan and Lilliana Roylance, her siblings, Jerry (Denise) Payne, Janice (Eugene) Zirker, Kirk (Suzette) Payne, Rexene (Stan) Marshall, Patty (Kent) Marsden, Nesha (Brent) Roylance, Andrea (Rick) Gale, ValaRee (Gary) Roylance, Kristi (Marty) Whitney and numerous nieces and nephews. She was preceded in death by her parents and an infant brother, Val J. She will be greatly missed by all who had the privilege to know her. Her family would like to extend a special thank you to Assured Hospice for their tender and sincere care.

Debra (Debbie) Payne Roylance, 50, passed away peacefully in her home Aug. 8, following a brave battle with cancer. Debbie was born Sept. 16, 1966 in Salina, Utah. She was the 10th child of Val and NonaVee Payne. At 3 months old she joined... View Obituary & Service Information

The family of Debra Roylance created this Life Tributes page to make it easy to share your memories.