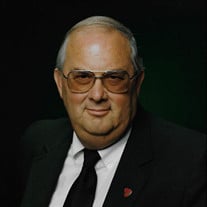 Dan D. Berry Sr. August 27, 1944 – August 31, 2020 Dan passed away peacefully on August 31, 2020, in Moses Lake, WA, from the effects of Lewy Body Dementia. HE was born in Coffeyville, KS, on August 27, 1944, to Ernest and Lucy May Berry. Dan is survived by his wife, Eddie, of 55 years and 4 children, Daneen Berry-Guerin (Paul) of Moses Lake, WA; Dan Berry Jr. (Lorinda) of Davenport, WA; Cinnamon Berry (Clark) of Moses Lake, WA; and Brenda Dormaier (Mike) of Edwall, WA; 10 grandchildren, and 5 great grandchildren. He was preceded in death by his parents, sisters Maxine and Janette and brother William. Dan enlisted in the United States Navy and was stationed in San Diego, CA, where he met and married his wife Eddie and had the first of three daughters, Daneen. After serving, Dan and Eddie moved to North Idaho near Eddie’s family and where their son, Dan Jr. was born. The family moved to Spokane where Dan worked various jobs in the Spokane area and second daughter, Cinnamon, was born. Dan accepted a position with the Wilbur Grain Growers and moved the family to Wilbur, WA, which began Dan and Eddie’s love of the small town community. Dan and Eddie both worked at the Wilbur Auto Parts and moved to Govan, WA, where their third daughter and fourth child, Brenda, was born. While living in Govan, Dan began his law enforcement career as a Reserve Deputy and Corrections Officer for Lincoln County Sheriff’s office. After Dan accepted a position as a patrol officer for the City of Davenport, the Berry family moved to Davenport where they lived for more than 38 years. Dan moved into the Chief of Police position with the City of Davenport, and in 1982 he became Lincoln County Sheriff where he served the citizens of Lincoln County for the next 16 years before retiring from law enforcement. Dan loved serving his communities and being Lincoln County Sheriff. In his retirement, Dan and Eddie opened Berry Bowl and Café where they ran a successful business for 10 plus years. After selling the business, Dan worked as the groundskeeper for the Lincoln County Fair and Rodeo. Dan “fully” retired in 2015 when he and Eddie moved to Moses Lake. Dan was very community minded, and he was always willing to lend an ear or a hand, whatever was needed! Dan was active in Lincoln County and was always willing to support the community. He was the Road Knight car club president for many years and had a passion for anything automotive! Dan LOVED watching not only his children but also his grandchildren play sports! Dan was an avid school sports fan. Please help Dan’s family celebrate his life at an outdoor celebration of life BBQ on Friday, October 2, at 4pm at daughter Brenda’s home: 20034 State Route 231 North Edwall,WA.

The family of Dan D Berry Sr created this Life Tributes page to make it easy to share your memories.