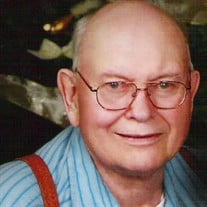 Dale Oran Howe, 73, resident of Warden, WA passed away on June 30, 2017 at Central Washington Hospital in Wenatchee. He was born to Oran and Ann (Daris) Howe in Portland, Oregon on January 1, 1944. Dale had 2 brothers and 1 sister. He graduated in 1964 from Othello High School in Othello, WA. Dale married Sharon Opal (Middleton) Howe on October 14, 1967 in George, Washington. They had 2 sons and 1 daughter; Dale Scott, Jason Daniel, and Sonya Jenee. During his life, Dale served in the army, and held various occupations: Mechanic, farmer, and truck driver. Dale was involved in the Automotive Machinist Union, Coulee Baptist Association, and a member of the Warden First Baptist Church. He was active in 4-H with his kids doing horses and steers. Dale loved being on the Internet, Facebook, helping his kids, and watching his grandchildren do various activities and getting hugs from them. He will always be remembered for wearing his famous “Jesus” faith messaged hats. Dale is survived by wife: Sharon of Warden, his children: Scott (Maria) Howe of Moses Lake, Jason (Kami) Howe of Warden, and Sonya (Eric) Vraves of Ellensburg. His sister: Linda (Frank) Waters of Burbank, sisters-in-law: Suzanne (Daniel) Walker of Ellensburg and Karen Howe of Moses Lake, his grandchildren: Ethan, Amelia, Emmett, Alyssa, Arabella, Hailey, and Makenna; his step-grandchildren: Justin, Aubrey, and Shayne; and numerous nephews & nieces, and cousins. Dale will be greatly missed by his family, friends, and his church. He was preceded in death by his parents- Ann & Oran Howe, and brothers: Rodger &Larry Howe. A burial service and interment will take place at the Sunset Memorial Gardens at a later time. A Celebration of Life Service will be held at 11:00 AM on Saturday, July 8, 2017 at the Warden First Baptist Church, 1017 Grant Road, Warden, WA 98837. Luncheon to follow the service.

Dale Oran Howe, 73, resident of Warden, WA passed away on June 30, 2017 at Central Washington Hospital in Wenatchee. He was born to Oran and Ann (Daris) Howe in Portland, Oregon on January 1, 1944. Dale had 2 brothers and 1 sister. He graduated... View Obituary & Service Information

The family of Dale Oran Howe created this Life Tributes page to make it easy to share your memories.