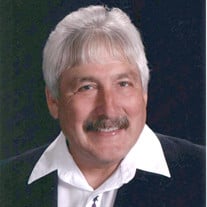 With the passing of Cruz Rangel, our community has suffered a great loss. Cruz was a loving husband, devoted father and grandfather, brother, uncle, beloved musician/musical instructor, and a mentor and dear friend of many. Cruz Rangel was born May 3, 1949 in McAllen, Texas to Guadalupe and Consuelo Rangel. Cruz grew up playing music with his brothers and father, all of whom were self-taught. While his first and favorite instrument was accordion, he became proficient in many instruments, including guitar, bajo sexto, and piano/keyboards, and specializing in the forms of conjunto and Tejano music. Music led him to meet his “lovely wife” (as he referred) Viola Cantu, whom he married on October 27, 1973. The couple then moved to Moses Lake and raised their three children. A lifelong musician, Cruz was honored with the title of Master Musician via the Washington State Arts Commission and was the recipient of numerous grant awards and honors for his work, and to ensure that his tradition would carry on. His musical legacy lives on in the hearts of his students, audience, and fellow musicians. In the early 90’s he founded the band Grupo Sueno, which became a favorite in the Northwest. The values that his life embodied- hard work and determination, sound faith and undying hope, a deep commitment to family, and community care always giving to others selflessly - are carried forward by his children and grandchildren. Cruz enjoyed traveling to Texas, where he would watch bands and find stages to play on. His favorite accordion went with him everywhere. He impacted many with his encouraging pep talks, and endless generosity and compassion. A truly inspiring person, his playing and his positivity will be missed tremendously. He is survived by his wife, Viola; children Maria Cristina, Joey, and Cynthia (Joe Gonzales); and grandchildren Victoria and Jordan Rangel, Ivy and Luna Gonzales. Viewing will be held from 9:30-10:30 a.m., Friday, August 25, 2017 at Our Lady of Fatima Catholic Church. Holy Rosary will begin at 10:30 followed by Mass of Christian Burial at 11 a.m. Graveside services at Guarding Angels Cemetery, 2595 Road L NE will follow the Mass. Please sign the online guestbook or leave a note for the family at www.kayserschapel.com Arrangements are in care of Kayser’s Chapel & Crematory. The family asks that in lieu of flowers, contributions honoring Cruz Rangel be made to the Washington State Arts Commission. Send checks with a notation “in honor of Cruz Rangel” to: Washington State Arts Commission, 711 Capitol Way S., Suite 600, Olympia, WA 089504-2675

With the passing of Cruz Rangel, our community has suffered a great loss. Cruz was a loving husband, devoted father and grandfather, brother, uncle, beloved musician/musical instructor, and a mentor and dear friend of many. Cruz Rangel was born... View Obituary & Service Information

The family of Cruz Rangel created this Life Tributes page to make it easy to share your memories.

With the passing of Cruz Rangel, our community has suffered a...