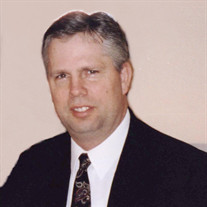 Clark A. Butterfield, 61, a longtime Moses Lake resident passed away Tuesday, November 8, 2016 at Overlake Hospital in Bellevue, Wa with his family at his side. Viewing will be held from 9 to 9:45 am, Wednesday, November 16 at The Church of Jesus Christ of Latter-day Saints, Grape Dr. Chapel, 925 N. Grape Drive, Moses Lake, WA. Funeral services will follow at 10 a.m. Clark was born January 5, 1955 in Seattle, Washington, to Glen and Illeen (Shutler) Butterfield. He passed away in the arms of his beloved wife Sonia and son Steven on the night of Nov 8th, 2016 in Bellevue, Wa. Being diagnosed 3 months prior of a rare form of cancer, Clark was able to spend his remaining days with his wife, family and being able to attend the temple marriage of his beloved daughter, Julie. Clark was proud of the fine men his two sons, Steven and Brian, have grown to become. He taught his children to love and enjoy work, service, and to give unselfishly. He was a strong, caring man, who always gave as much as he had. Clark grew up with his five brothers and one sister, in Moses Lake WA. His father passed away when he was 10 yrs old, so after 52 years, Clark was finally able to rejoin his father. He is preceded in death by his mother, Ileen, mother and father-in-law, Dora and Bob Heikell. Clark was an active member of The Church of Jesus Christ of Latter-day Saints. He served inthe San Antonio, Houston Texas Mission from 1974-1976, with his lifelong friend Randy Lybbert. He married his sweetheart, Sonia, on November 12th 1976 in the Salt Lake Temple. They would have celebrated their 40th wedding anniversary this year. Together they served in many church callings including: Temple Ordinance Workers at the Seattle Temple, a Leadership Mission in the Spanish Branch with their family, for 5 years and a mission as Stake Employment Specialists with his favorite companion, Sonia. Clark had a strong testimony of the gospel of Jesus Christ. He not only knew it, he lived it. Clark was a man of integrity, and always kept his word. He was honest, hardworking and committed to whatever he did. Clark’s legacy of love, kindness, service, integrity and friendship will be remembered by all who knew him. He is survived by his wife, Sonia, and their children: Julie, her husband Luke Jenne and their children Cavan, Whitney, Michael, Christopher, Samantha, and Cameron. Steven, his wife Summer(Barnum) and their children Ethan and Chloe. Brian and his wife Anna (Hand). His siblings, Michael & (Cynthia), David & (Connie), Charles, Dennis & (Janet), Larry &(Pat), and Susan & (Arvin Haslen). In-laws, Lucy and (Rich Fitterer), and Ray and (Kim Summerlin). Including many nieces and nephews and extended family. Interment will be at Pioneer Memorial Gardens. Please sign the on-line guest book or leave a note for the family at www.kayserchapel.com Arrangements are in care of Kayser’s Chapel and Crematory.

Clark A. Butterfield, 61, a longtime Moses Lake resident passed away Tuesday, November 8, 2016 at Overlake Hospital in Bellevue, Wa with his family at his side. Viewing will be held from 9 to 9:45 am, Wednesday, November 16 at The Church of... View Obituary & Service Information

The family of Clark Butterfield created this Life Tributes page to make it easy to share your memories.