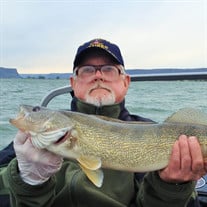 Charles (Charlie) E. Mahaney, 79, of Moses Lake, passed away February 1, 2017, at home surrounded by his loving family. Charlie was born January 15, 1938, in Dewey, Oklahoma to Charles and Velma Mahaney. Charlie grew up in Oklahoma, later moving to Prineville, OR and finally settling in Moses Lake, WA. While in Prineville, Charlie met the love of his life, Livona Ellestad. They married on January 19, 1957, in Moses Lake, WA at Immanuel Lutheran Church. During their 58 years of marriage, Charlie and Livona focused on family, having four children, and creating a loving home where all were welcome. Charlie enlisted in the US Navy at the age of 17 and served his country for 20+ years. Charlie retired in 1975 as a Chief Petty Officer. He completed numerous tours in Europe and Asia. He was assigned to an Admiral’s staff at the Pentagon and also worked at the American Red Cross in Washington D.C. After leaving the Navy, Charlie returned to Prineville, OR where he worked for the City of Prineville Railroad. His last move was to Moses Lake, WA where he finished his working years managing several gas station/convenience stores. Charlie was proud of his military service, always wearing his US Navy Retired hat whenever he left home. He was often recognized and thanked for his service. Charlie and Livona will be interned at the Washington State Veterans Cemetery in Medical Lake, WA. Charlie’s hobbies included rock hounding, hunting, and walleye fishing. He fished in many walleye tournaments and always had a fish story to tell. He also enjoyed golf, whether playing or watching. He valued his family, always having family gatherings at his home, fondly referred to as “the farm.” He was a Ford man and always had a dog at his side. He doted on his grandchildren, encouraging them to always keep learning and to treat all people with respect. Charlie is survived by his four children, Chuck (Sue) Mahaney, David (Nancy) Mahaney, Kathy (David) Rowland, and Mary (Gary) Otey, all of Moses Lake, WA; six grandchildren, Ryan (Natashia), Nick, Aubrey, Jenna, Samuel and Grace; four step-grandchildren, Becky (Mike) Radder, Heide Gibson, Richard (Amanda) Miller, and Aaron (Amy) Miller, all of Moses Lake, WA; and one great-grandchild, Gunner Mahaney. He is also survived by his sister, Mary Lou Weston, of Prineville, OR. He was preceded in death by his wife, Livona Mahaney, and his sisters, Jean (Jerry) Rosemond and Bette (Jim) Keefe. A memorial service will be held at Immanuel Lutheran Church, Moses Lake, WA, on Saturday, February 25, 2017, at 1:00 p.m. In lieu of flowers, donations can be made to the Department of Veterans Affairs or Assured Hospice of Moses Lake, WA. Please share a memory or leave a note for the family at www.kayserschapel.com.

The family of Charles "Charlie" Mahaney created this Life Tributes page to make it easy to share your memories.