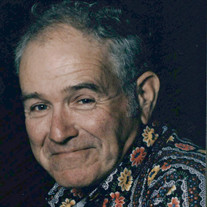 Bruce David Owen, 88 years old of Moses Lake surrounded with loved ones, returned home honorably to his Father in Heaven after a long and courageous battle with cancer. Born February 11, 1929 to a Welsh immigrant Garfield Owen and Zoe Williams Owen. He was born in Cabarton, Idaho a logging boom town that is no longer there. He joined brother Jack Standish, sisters Nellie, and Juanita. Later Max and Gary Owen completed the family. His early childhood was spent on the family strawberry farm in Boise, Idaho. He graduated in 1947 from Boise High School. He served in the U.S. Army Infantry Jan. 1951-October 1952 during the Korean War And was awarded a Bronze Star. He transferred to the the Army reserves until 1957. He married Joyce Dice in 1950. The couple joined the Church of Jesus Christ of Latter Day Saints and were married in the Salt Lake Temple. He worked for the Nabisco Company. The family moved to Riggins, Idaho. Together they raised 4 children. Bruce built the family a beautiful log home where the family daily fished in the Salmon River, raised a garden and had a small farm. He worked for Salmon River Lumber Company. He later married Carol Tumelson Matteson and raised two step-children Tammi and Quincy. He worked as a groundskeeper for the New Meadows golf course. After he was widowed he moved to Moses Lake, WA where he made his home with his daughter and son in law. He added joy and humor to every day. He took great pride in grounds keeping their home. He was dearly loved by his children and family. He is survived by a son Terry and wife Dee Owen, of Grand Coulee, a daughter Lisa and Clifford Hart of Moses Lake, A step daughter Tammi Woodley of Lewiston, Idaho. A brother Gary Owen of Fruitland, Idaho and a sister Juanita Tillman of Caldwell Idaho. Grandsons: Jeremy Owen, David Owen, Joshua Owen Craig Henderson, Morgan Hart, Cayden Hart and Daniel Kaupie, granddaughters: Candace Figueroa, TeriJayne Osborn, Elizabeth Owen, Mary Starr, Amy Dice, Carissa Hart, Mandy Stalheim, Krysten Chaney, and Stephanie Gernert. Preceded in death by 2 sons David Owen, Morgan Owen and step son Quincy Matteson. Viewing will be held from 9 to 9:45 a.m., Saturday, August 19, 2017 at The Church of Jesus Christ of Latter-day Saints, Grape Drive Chapel followed by funeral services at 10 a.m. Graveside services with military honors will be held at Morris Hill Cemetery in Boise, Idaho on Monday, Aug. 21 at 3 p.m.

Bruce David Owen, 88 years old of Moses Lake surrounded with loved ones, returned home honorably to his Father in Heaven after a long and courageous battle with cancer. Born February 11, 1929 to a Welsh immigrant Garfield Owen and Zoe Williams... View Obituary & Service Information

The family of Bruce David Owen created this Life Tributes page to make it easy to share your memories.