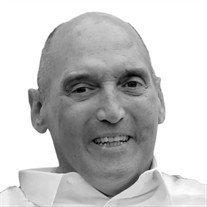 It is with sadness that we announce Brian Thomas Butler passed away peacefully on the night of Saturday, June 11, 2022, after seeing a concert with his beloved wife, Amber, and extended family at the Gorge Amphitheater. After a six-year battle for his health, Brian would have found solace that his passing occurred in his sleep after a beautiful day with friends and family rather than at a hospital or while receiving medical care. We are heartbroken and feel a tremendous loss that Brian is no longer with us but we are comforted by the circumstances of his passing. Brian was born on June 4, 1957, at Sacred Heart Hospital in Spokane to Barbara (Bobbie) Butler and Frank Butler, the fifth of their eight children. Brian was welcomed into an already busy household where he had many adventures with his brothers and sisters while growing up on Spokane’s South Hill. Brian is remembered by his siblings as being a joyful child who smiled often and had a natural ability to succeed in whatever he did. Brian attended high school at Gonzaga Preparatory when it was an all-boys institution, graduating in 1975. He was proud of his time on the varsity football team and spoke fondly of his years at Prep and of the lifelong friends he made there. Brian’s father, a successful tax lawyer in Spokane, passed away suddenly when he was 14 years old, leaving Brian with a sense of duty and the need to fill his late father’s shoes. Brian attended the University of Puget Sound after Prep where he earned his undergraduate degree in History. After living in Arizona and Montana, he returned to Spokane where he married and started a family. He enrolled in law school at Gonzaga University soon after and graduated Summa Cum Laude in 1985. Brian had a rewarding law career in Spokane, practicing family and criminal law for many years before transitioning to business law. With a voracious appetite for reading and learning, it was a field that held his attention and played to his intellectual strengths. Brian read at least three books a week and the local newspaper every day. Always interested in someone’s story, he loved to make conversation everywhere he went and helped everyone he could. Brian was an incredible listener and loved few things more than hosting joyous gatherings of friends and family over the meals he lovingly cooked. Brian was spiritual but not dogmatic, the gatherings he facilitated and the meals he made were where he most saw faith in action. Brian loved those around him with ferocity. He played the role of supporter and biggest fan to his wife of 25 years, Amber Butler, and his three children, Alex Myers (Butler), Alexis Butler, and McCoy Butler. His continuous fight for his health granted him the opportunity to meet his first five grandchildren and nothing brought him more joy than seeing them grow into their personalities and quirks. It’s a true blessing that he met and bonded with the next generation of the family he protected and loved so deeply. He is survived by his wife, Amber Butler, three children Alex Myers (Brad Myers; Hatcher, Sylvia, and Blake), Alexis Butler (Julian Cedeno; Eloise and Milo), and McCoy Butler, and seven siblings—William (Buck) Butler, Mary Butler, John Butler, Henry (Hank) Butler, Ann Owens, Paul Butler, and Amy Stapleton, and his beloved extended family and friends. Brian will be tremendously missed by his immediate and extended family; over his 65 years of life he was always our protector, most trusted advisor, and friend. A celebration of life will be held on Friday, June 24 at St. Thomas More Parish Activity Center at 11 am. The Page Ahead Children’s Literacy Program is accepting donations on behalf of Brian’s memory on their website www.pageahead.org.

It is with sadness that we announce Brian Thomas Butler passed away peacefully on the night of Saturday, June 11, 2022, after seeing a concert with his beloved wife, Amber, and extended family at the Gorge Amphitheater. After a six-year battle... View Obituary & Service Information

The family of Brian Thomas Butler created this Life Tributes page to make it easy to share your memories.

It is with sadness that we announce Brian Thomas Butler passed...