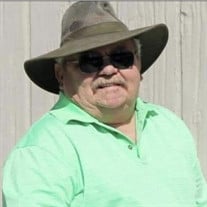 Bob Schei passed away on October 3, 2021, at the age of 74, in Moses Lake, Washington. He was born on June 11, 1947, in Sunnyside, Washington to Francis and Mary Katheryn Schei. Bob was raised in Sunnyside, Washington before meeting the love of his life, Glenda, and the two married on March 24, 1968. After working for Hanford for 16 years, Bob and Glenda moved to Moses Lake, Washington in 1997 where they stayed to raise their family. Bob was happiest in life with a fishing pole in his hand and took pride in teaching his grandkids how to fish. He was an avid Seattle Seahawks fan, win or lose he was watching the game with his lucky Seahawks bunny. He was a devout Christian and a member of the Moses Lake Baptist Church. As a handyman, Bob was the one everyone went to if a toy needed to be fixed because everyone knew that “Papo can fix anything”, and because of this, he was the “family assembler” for all birthdays and holidays. Always one to make people smile, Bob upheld the motto that if he liked you, he’d tease you at every opportunity. He is preceded in death by his mother and father, stepmother, grandparents, two step-brothers, two sisters, and his beloved dog Chelsea. Surviving members of the family include his wife of 53 years, Glenda Schei, his three daughters Connie Schei, Deanna (Dellion) Schei, and Bobbie (Shane) Marshall, 8 grandkids, 3 great-grandsons, and numerous honorary grandkids who he influenced and loved in life.

The family of Bob Harley Schei created this Life Tributes page to make it easy to share your memories.