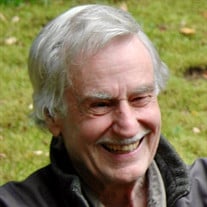 You could say that Al Smith’s life was bracketed by two things: love and loss. He was born into a happy, successful middle-class family in LaGrande, Oregon, on March 9, 1927, to Byron Lemuel and Thelma (Meyer) Smith. The family grew with the birth of Al’s sister, Norma. The family moved to the Yakima Valley in Washington state, where Byron Smith was a manage with Safeway grocery stores and, according to family lore, trained a fellow named Joe Albertson, who went on to start the Albertsons franchise. But Byron didn’t live to see his trainee’s success. Byron died of diphtheria on April 13, 1935, about a month after Al turned eight years old. Al lost more than his father. He lost his home and was separated from his immediate family as his widowed mother tried to make ends meet. But life moved on, as it does, and Al grew up with a love of the outdoors. He hiked, fished and hunted, often biking miles to get where he wanted to go, including a pedal all the way to Salmon La Sac in the Cascade Mountains. It was about six years after the great loss of his father that he met the great love of his life, a rancher’s daughter named Patricia Rose Dodge. There are stories of him chasing Pat’s bus home from school, trying to keep up on his bike. They both graduated from Wapato High School in 1945 and Al enlisted in the U.S. Navy in May of that year and was honorably discharged in May of 1947. The courtship continued throughout, and they were married on August 15, 1948. While they were still in college, their first child was born in August of 1949. Al and Pat worked to balance their education and growing family. Al would graduate with a degree in electrical engineering from the University of Washington 1954, just after the birth of the fifth of their six children. Pat graduated from what was then Washington State College, with a degree in early childhood education. All their children grew up to be educators or businessmen and raise loving families of their own, producing a host of grandchildren, great-grandchildren and great-great grandchildren, who would later play an important final role in Al’s life. Al and Pat (his nickname for her was “Bubbles”) were an amazing team, each playing very different but essential roles in the family’s life. She was also a rock of support in his business, the Al Smith Company, which was founded in the late ‘50s in Bellevue, Washington, and garnered awards for “Top Salesman,” “Top Sales Performance,” and “Excellence in Sales and Support.” As with any small business, there were tough times, but the kids will tell you they learned the value of a dollar and the value of work and responsibility in a family of eight. He taught them to be responsible (with a daily chore chart!), organized and respectful. But family was always very important to Al, they remember. They had “family day” on Sundays when they could only be with their family. Al would load all of them in the family station wagon, stop at a grocery store to pick up a loaf of bread and package of baloney and drive up into the mountains. He'd find a back road and they’d hike to a spot with water and make their lunch. The siblings agree that they are so close as adults because of their dad’s encouragement to stay connected through yearly family reunions (which these days can run into the hundreds of participants). Al’s love of the outdoors never really ended, and he and Pat enjoyed boating, beachcombing and skiing. Al even bought an airplane, and ever the engineer, he shared in a couple of patents to improve the aircraft’s performance. Then came the second and greatest loss of Al’s life, when Alzheimer’s stole from Pat her memory and her ability to care for herself and, ultimately, his ability to care for her. The disease stole from Al his wife, his rock, the love of his life. This loss was irreparable, unimaginable when he’d raced the school bus in pursuit of that pretty rancher’s daughter a half century before. And decades of grayness followed for Al. But Al’s last few years apparently brought him one final dose of love; this time from his grandchildren – great and great-great – especially the young ones. They didn’t seem to be frightened by this very old man with the wild white hair and beard, as young children (even some adults) often are. They talked with him and hugged him and laughed with him. So, in the end, the story of Al Smith’s passing isn’t a story about a life lost but about love found. Alvin Edward Smith died September 23 at ( Summer Wood Alzheimer’s Special Care Center), where he had received warm and thoughtful care for more than three years. He was preceded in death by Patricia Rose (Dodge) Smith. He is survived by a sister, Norma (Wooten), Seattle, Wa.; four daughters, Diana (Shapley), Palisades, Wa.; Rebecca (Lnenicka), Ephrata, Wa.; Sandy (Hatcher) Yacolt, Wa.; Debbie (Classon), Jacksonville Beach, Fla.; two sons, Alvin Smith, Fall City, Wa.; and Brad Smith, Battle Ground, Wa.; 22 grandchildren, 66 great-grandchildren, and three great-great-grandchildren. A remembrance and interment of ashes will be held at Terrace Heights Memorial Park, Yakima, WA. From 10 am to 12 noon on Saturday, November 6, 2021. In lieu of flowers, donations can be made to… local Alzheimer’s Association Alzheimer's Association | Donate to Fight Alzheimer's Disease ?

You could say that Al Smith&#8217;s life was bracketed by two things: love and loss. He was born into a happy, successful middle-class family in LaGrande, Oregon, on March 9, 1927, to Byron Lemuel and Thelma (Meyer) Smith. The family grew... View Obituary & Service Information

The family of Alvin E Smith created this Life Tributes page to make it easy to share your memories.

You could say that Al Smith’s life was bracketed by two things:...